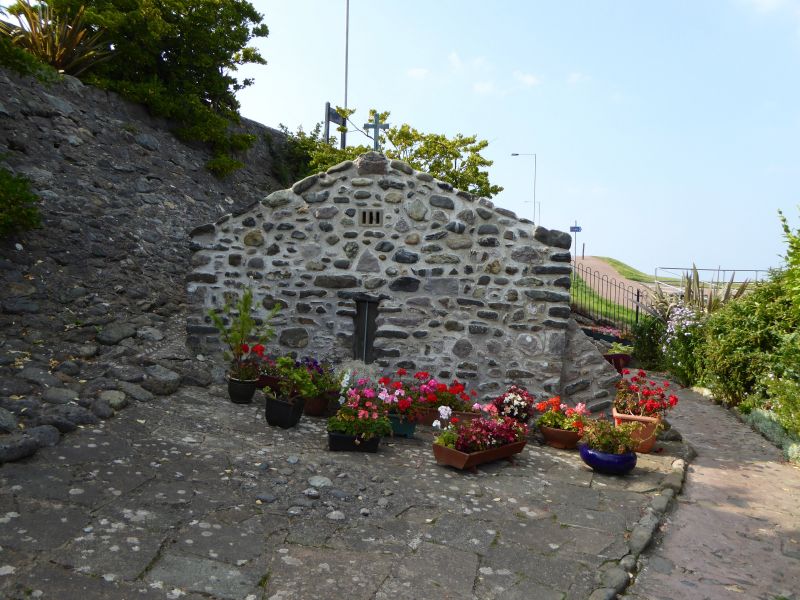 Location: Just above the beach, under the low cliff at the extreme NE point of the land.

There is no secure account of the history of the building, and estimates of its date range from the C6 to the C16. There is also uncertainty as to its original purpose, with some historians contending that it was simply built as a well-house, others maintaining that it was intended as a chapel. After the roof collapsed (some time after 1855) the chapel was restored by Arthur Baker, with a lower external roof pitch, and a pointed instead of a segmental arch to the vault. It was again restored in 1935, under the supervision of Mr Harold Hughes of Bangor.

Rough rubble single celled structure with barrel vaulted roof. Doorway in narrow pointed archway in W gable wall, and small windows to N and E. The stained glass in the E window is by Morris and Co, 1935. Roughly cobbled floor, and altar slab over well.