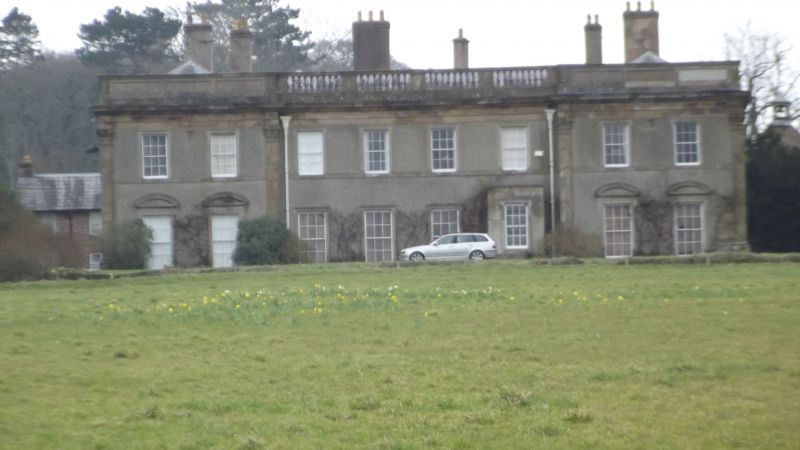 Location: Situated on the crest of hill close to the by-road from Mold to Leeswood village. Set in an exceptional early C18 landscape park.

Built c1724-6 for Sir George Wynne, probably to designs by Francis Smith, architect of Warwick. Wynne amassed a large fortune in the early decades of the eighteenth century when a rich lead seam was found on his land at Halkyn Mountain. It is reputed that the construction of the house cost him £40,000. Wynne also employed Stephen Switzer to design the landscape park including a large number of highly decorative garden buildings. By 1798 the house was owned by the Rev. Hope Eyton who carried out substantial alterations in the early C19. He greatly reduced the size of the building, demolishing long side wings and probably the top storey of the main block. The former central courtyard was filled-in and now forms the present dining room, the interior details are predominately early C19 in character.

Listed grade II* as an important early C18 country house by a major regional architect for a notable local family.