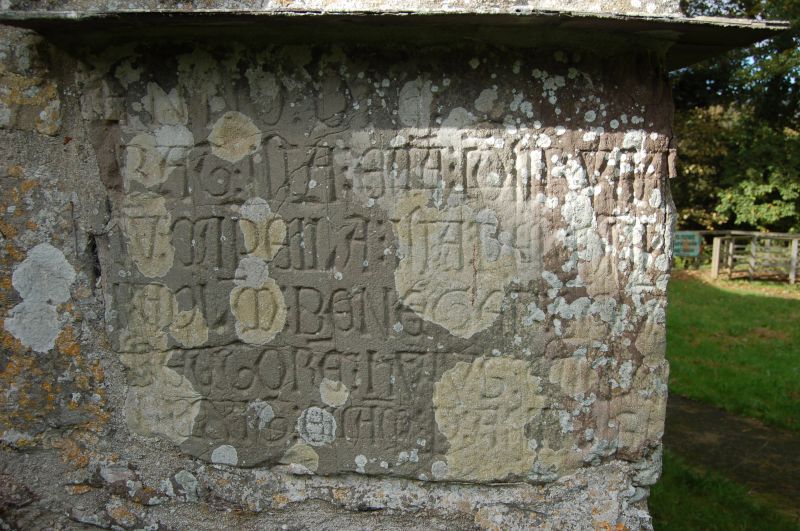 Location: Situated in sloping churchyard between Texaco Oil Refinery and Pembroke Power Station and S of inlet at Pwllcrochan Flats. To be converted to a private house (1993).

Restoration is recorded in 1865, under Mr Lloyd of Neyland, and 1897. The interior is recorded as having on S side of the nave the effigy of Rudolph de Benegar, the chancel as having sedilia, piscina, blocked priest's door and two niches. (Kelly's Directory 1926). The church was closed in 1982.

Not inspected. N transept has C19 roof and plastered arch to nave, fittings have been removed, font and memorials to Rhoscrowther Church.