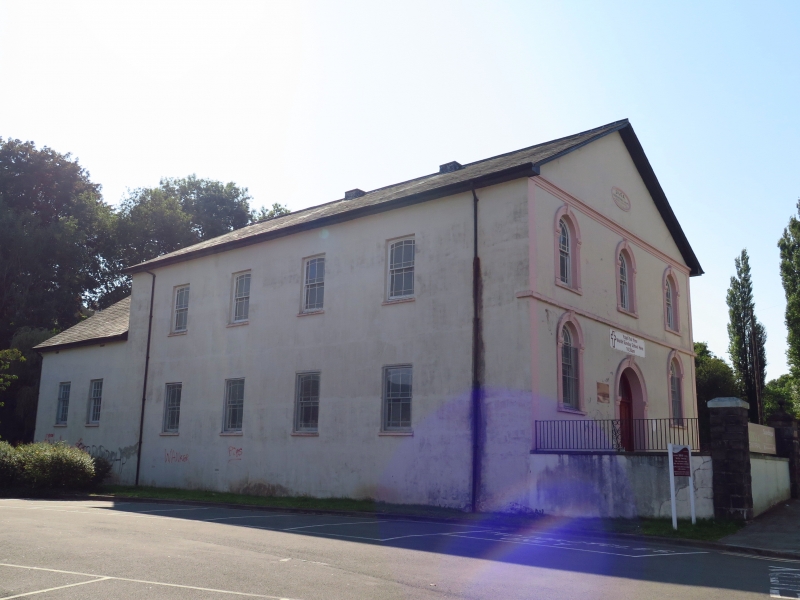 Location: Near the western end of the street, facing N.

Built in l844; rebuilt in l855; historically one of the foremost Congregational chapels in Wales.

Forecourt has rubble piers with freestone caps swept up into ball finials at the gated entrance; the gates have 'Capel Siloa' to lock bar; the pier has commemorative tablet. Iron railings; some uprights are barley twist.