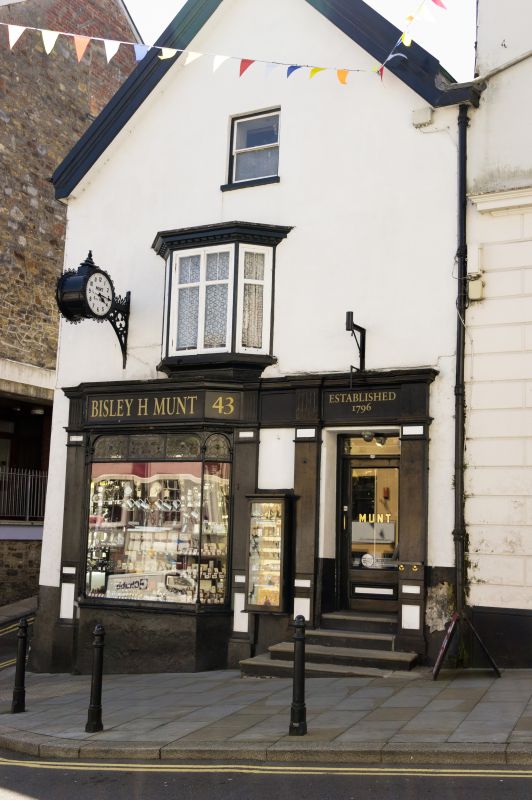 Location: On the S side of the High Street some 20m W of its junction with Quay Street.

C19 refacing of gable-ended house possibly of medieval origin. Occupied by jewellers since the early C19. The present firm was founded in 1796 and has been in present premises since the earlier C19. Bisley H. Munt became proprietor in 1880 and the shopfront and clock probably date from the 1880s. Later C19 photographs show a simpler gable without the overhang and smaller shop window. The medieval cellar described in 1974 as being beneath is said by owners not to exist, and to be an error for the triple cellar under No 24 Hill Lane (which is probably not medieval).

Included for its special interest as a gable-fronted shop building of early origins, with good late C19 shop front.