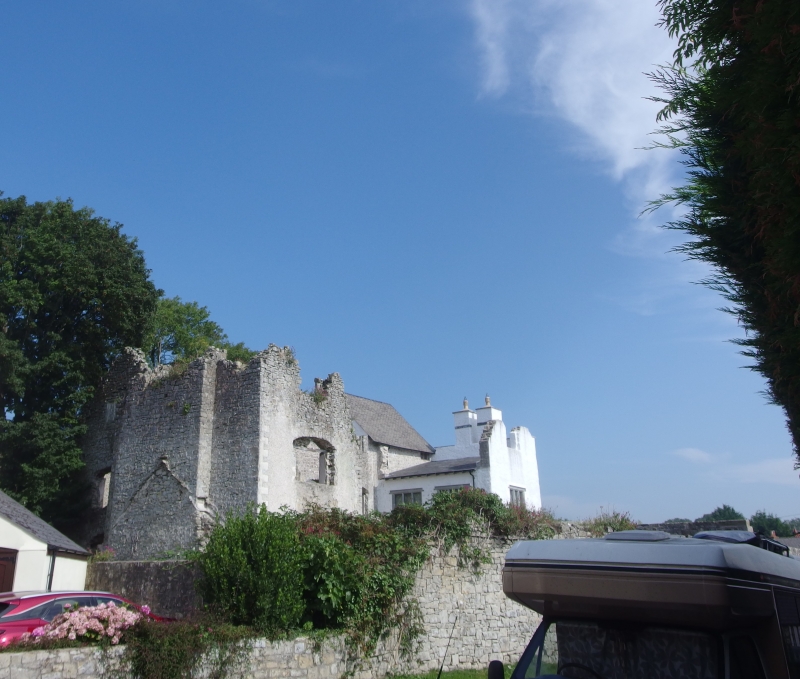 Location: About 300m north of the Church of St. Illtud.

Shown on OS map as 'Mansion'.
Built in 1596 by Griffith Williams of Candleston for his son-in-law, Edmund Van. Apparently a single-pile house originally, and given the forward wings, rear stair-tower and forecourt walls in the early C17 soon after 1600. It remained with the same family until 1694, was abandoned as a house in the early C18 and fell into ruins; the interior had been fully dismantled by 1834.

Roofless and overgrown ruin of former half H-shaped house; former south-east forecourt enclosed by high walls of stone (listed separately qv). Built of coursed white limestone with neatly squared corners. The site cannot be entered so detailed description is not possible. Dressed stone features do not seem to survive.
Rear elevation not seen at resurvey.

Not accessible at resurvey.

Included as the ruined survival of a major late C16 house.
Scheduled Ancient Monument No. 137, GLA.