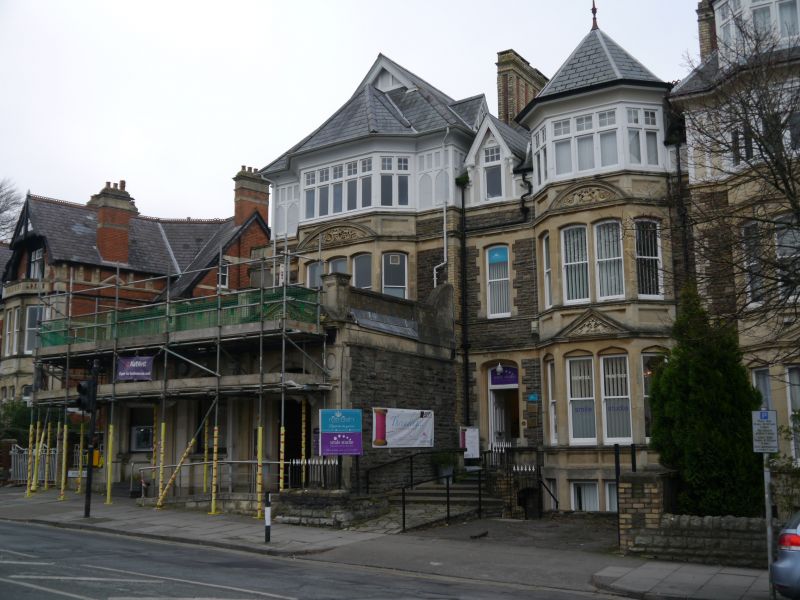 Second floor has to centre, three-light window flanked by semi-hexagonal bays beyond which are to each side splayed dormer, narrow gable and rectangular end block with semi-hexagonal bay window under splayed roof.

First floor has central three-light window with broken pediment flanked by semi-hexagonal bays with segmental pediments beyond which are, to each side, similar bay then narrow segmentally-headed window then similar bay.