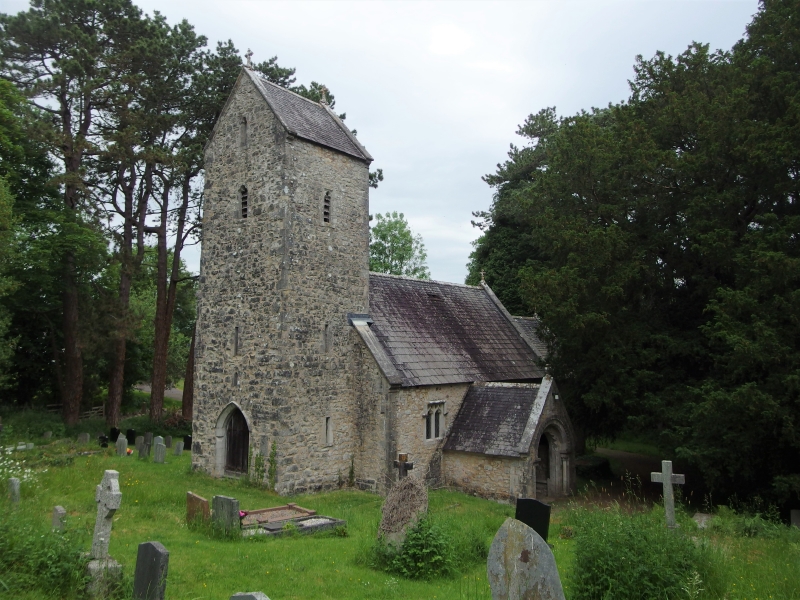 Location: In a sloping churchyard rising from Nant Rhych which forms its N and E border; in the centre of the hamlet; main entrance from E.

Tower probably C13. Nave windows late medieval. Norman porch arch was found in 1840, reused in an almshouse at Margam Abbey and brought to church by Mrs Charlotte Traherne, rector's wife and sister of CRM Talbot of Margam. Newman believes the inner S doorway and possibly chancel arch may also be imports, the latter much restored. E window transferred from the demolished chapel of St Mary at Sant-y-Nill nearby to N.