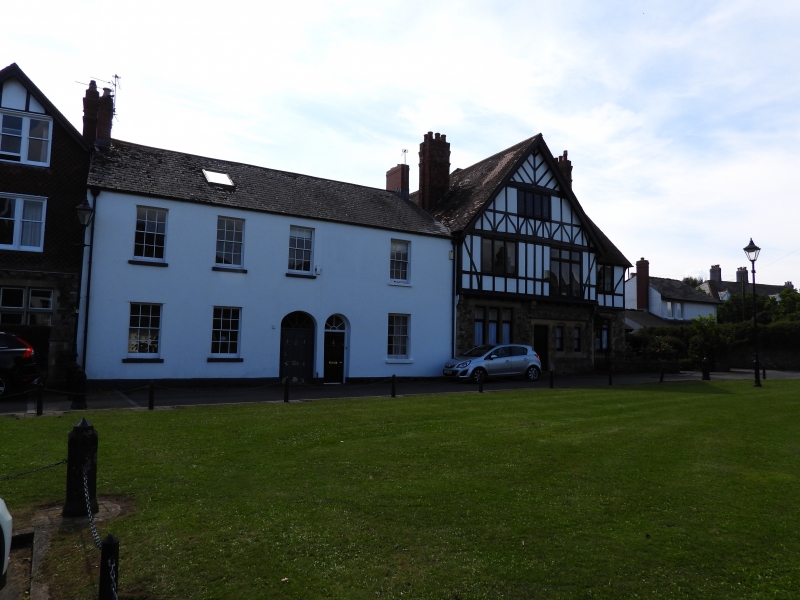 Location: On the south-west side of The Cathedral Green and part of the important group of buildings surrounding it.

Early C19 exterior to a probably C18 house but little evidence is now visible. It is possible that it was originally of one build with No 15. There is a pair of gabled houses in the position of Nos 15 and 17 shown on John Speed's plan of 1610 and it is possible that some fabric may remain from these. The house had a probably late C19 shopfront when it was listed in 1975. The village shops were all situated on the green before the late C19 rebuilding of the High Street.

The house has a rendered front with a plain Welsh slate roof. Two storeys with two bays. On the ground floor to left hand two 6 over 6 pane sash windows which date from c1980, and a round-headed doorway with a 6-panel door with raised-and-fielded panels and a plain fanlight to right hand. On the first floor are two 6 over 6 pane sashes, with a late C20 rooflight above. Brick stack to left gable. Rear elevation not seen.