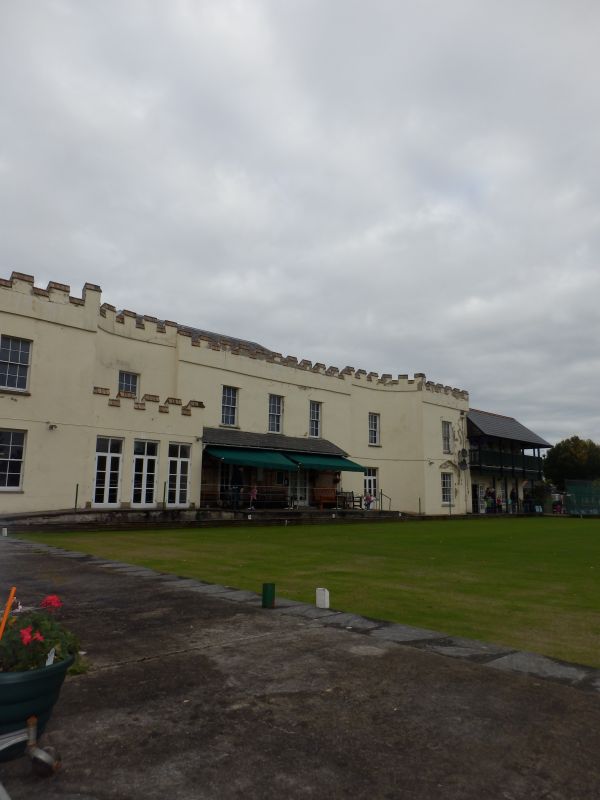 Location: In its own grounds in Plasnewydd Square.

A house of c1800 originally in the castellated style. Known variously as Roath Castle or Plasnewydd, it was the home of the Mackintosh family and was the centrepiece around which terraced houses of the Mackintosh Estate were laid out in a grid pattern in the final quarter of the C19. The house was given to the Corporation of Cardiff in 1890 for use as a workmen's institute, and comprised a reading room, billiards room, skittle alley and gymnasium, and is now the Mackintosh Sports Club, with bowling green and added pavilion to the E side.

The L side wall has a replaced 2-pane sash window in the upper storey. On the R (E) side is an added 2-storey pavilion. The 4-bay rear of the original house is partly embattled, with higher end bays, and retains most of the original hood moulds. In the upper storey are small-pane sashes R and L of centre with hood moulds, a pair of narrow 2-pane sashes L under an original hood mould, while on the R side is a doorway and escape stair cut down from an original window. In the lower storey are 4 small-pane sashes retaining hoods. To the centre is an added brick porch with brick crenellations and re-used fielded panel door. At the L end is a 2-bay, 2-storey embattled projection with small-pane sashes, larger in the lower storey. Set back at the R end is a shallow projection built against the projecting end bay of the front elevation.

The interior was altered in 1891 when the house became an institute. In the upper storey the large snooker room has a 6-bay roof of c1891 with collar beams and iron tie rods.