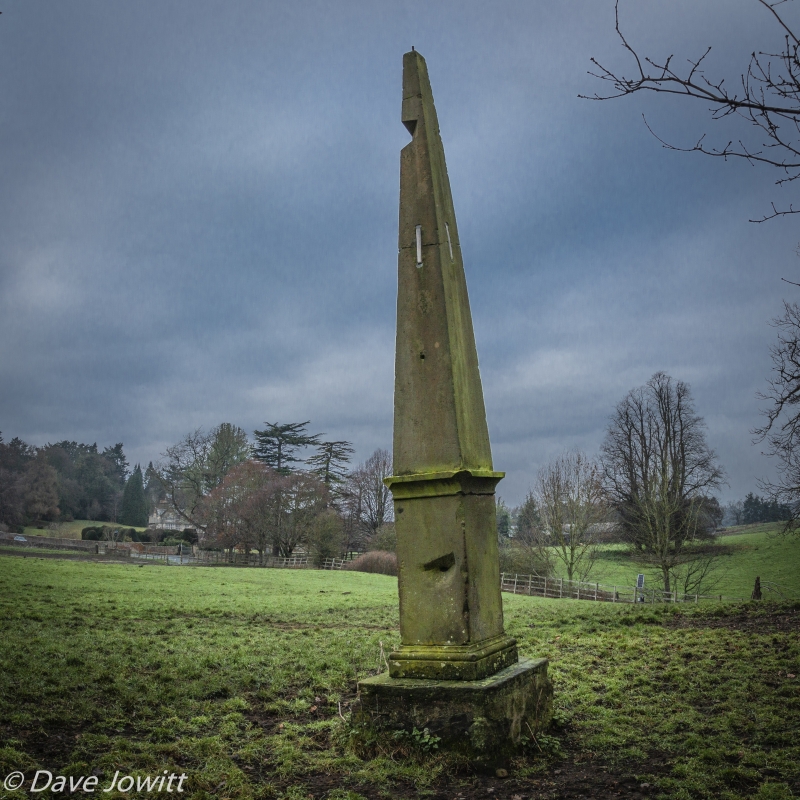 Location: Situated on the brow of a hill in a field S of the Mold/Gwernaffield by-road 250m SE of Rhual.

Erected in 1736 by Nehemiah Griffiths of Rhual to commemorate a victory by Christian Celts over Pagan forces which was thought to have taken place in the vicinity in 420 AD. Repaired C20.

Stone obelisk on a square stone plinth supported by repaired rubble base. The N side of the base of the obelisk has an inscription in Latin with the initials NG and the date MDCCXXXVI. The remains of iron cramps are set in the faces of the upper part of the obelisk.

Listed as a prominent C18 landmark and for historical associations with Rhual and the Griffiths family.