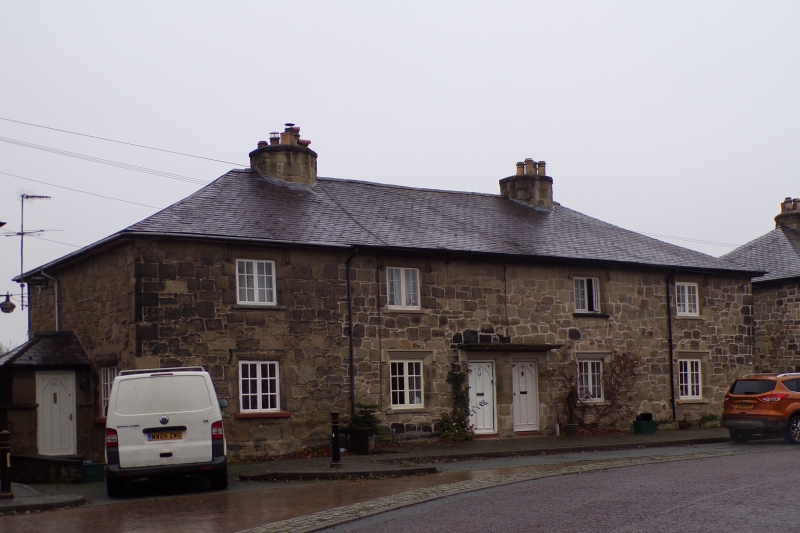 Location: The eastern of the two blocks of estate cottages on this side of Park Street.

Some two unit cottages retain basic plan form and some have original stairs and blocked corner fireplaces. No 15 retains original plan form and many contemporary features including plank doors with strap hinges to most rooms and similar doors to the staircase. There is a corner fireplace in the front room with simple surround. Attic has an original cast-iron skylight.

Listed as part of an important group of buildings on Park Street and as fairly intact examples of carefully planned estate cottages relating to the Wynnstay Estate.