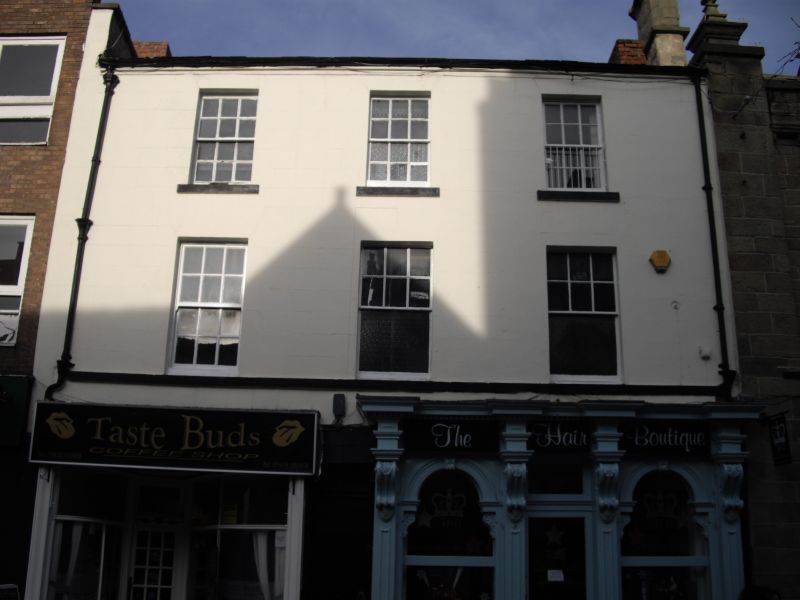 Palmer noted the first documentary record of a building on the site by 1699, and it had been divided into 2 properties by 1760. The present building probably dates from the late C18, and appears to have been designed to take some account of its divided occupation, since it incorporates a central passage, unequally dividing the ground floor.

No 9 retains some of the elements of the early C19 shop, including plaster dentilled cornice to ceiling and Palladian archway on the line of the back wall, which originally probably formed part of a display wall, but now marks a division in the opened-out floor-space.