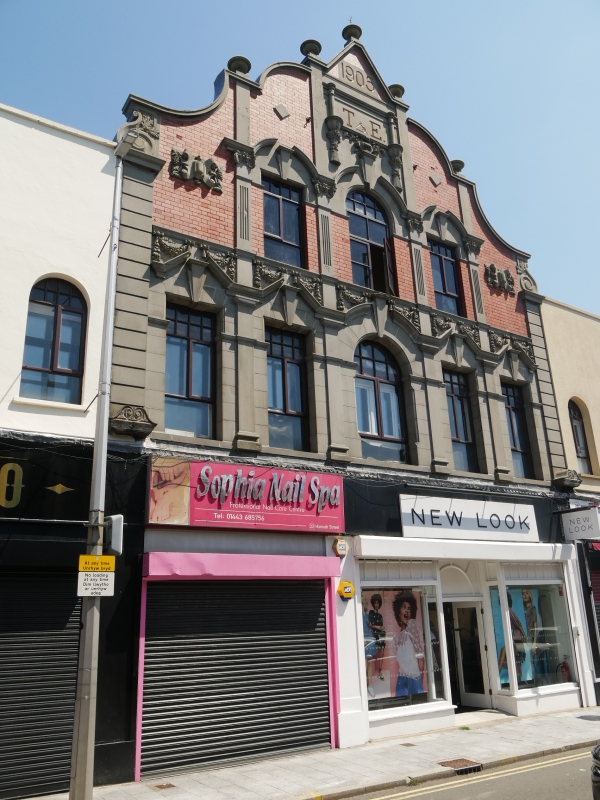 Location: Situated in the main shopping street in the centre of Porth.

Former Thomas and Evans store built 1905. Building originally contained 4 purpose built and fitted shops on ground floor, company offices above and services in basement, and was the focus for this important Rhondda firm founded 1885 which once owned at least 13 businesses in the town, elsewhere in the Rhondda and S Wales; they also owned the Welsh Hills Works mineral water factory in Porth, and were major suppliers throughout Rhondda; tea was sent to Porth from London for blending during Second World War.

Listed for its decorative and prominent gable front, notwithstanding replacement shopfronts and truncated right wing, and for its historical interest as the head office of this important 'Valleys' firm.