Farmyard Building at the Steps 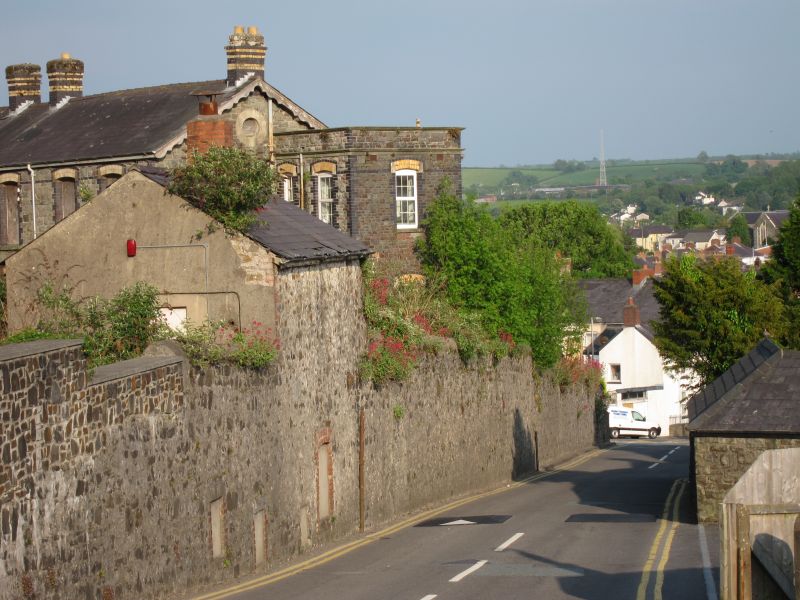 Location: Immediately to the west of The Steps, high above the main road and reached from a lane to east.

History: C18 and early C19 farm buildings of two phases and including a barn with stables set across the slope to the north-west of the farmhouse and a further, smaller, barn at right angles at the west end. Both are of whitewashed rubble with slate roofs.

Description The earlier and larger of the two buildings has stables at right hand end with split-boarded doors and flanking 2-light windows, one barred, one hopper; loft door to right. Central barn doors up steps (?ramp removed). To left the upper part was formerly lap-boarded but now rebuilt in brick with diamond pattern ventilation holes; further door to extreme left. The right hand gable end has been rebuilt - see vertical joint. The rear has corresponding barn doors and a boarded loft door over a glazed window. 4-bay interior has simple pegged tie and collar trusses with threshing floor occupying one full bay; this was formerly flanked by framed partitions. Triangular ventilator to left hand gable end.
A previous cross-range existed as indicated by the masonry at the corner and the slate roof but at a later date, probably early C19, the existing barn was added at right angles and attached to the earlier building at the north-east corner. The front has off-centre loft door below which is evidence of masonry infill indicating a large blocked entrance. Boarded stable-type doors near either end, cambered brick head to left and timber lintel to right.

Included for group value with The Steps farmhouse and the associated cartshed.