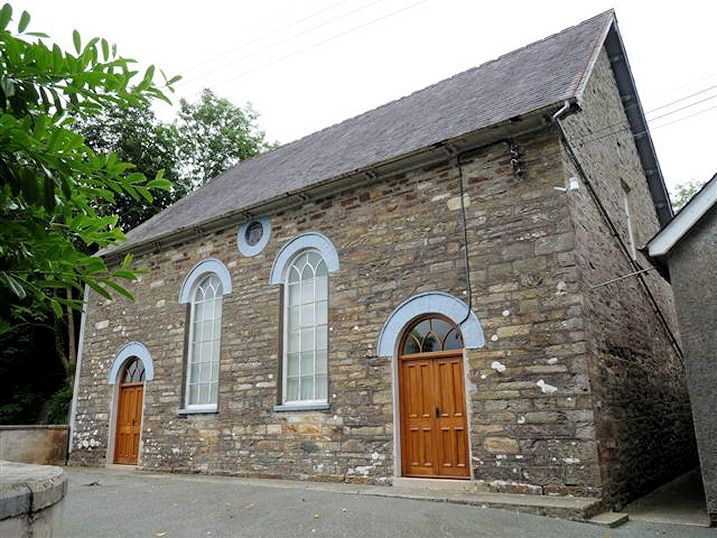 Location: Situated in Brynberian village some 150 m S of the Post Office.

Independent chapel rebuilt in 1842-3, altered 1882-4. Minor alterations 1907 and 1961. The cause was a very early foundation from Llechryd, in 1690, but it is uncertain when the first chapel was built. Another was built in 1808. One of the first quarterly meetings of the Independents was held at Brynberian in 1778. From Brynberian, branches were established in Newport, Felindre Farchog, Maenclochog, Bethesda, Keyston and Pontgynon.

Interior of 1882-4, pews in double centre block and block each side. Plain benches to great seat, with ball finials. Pulpit with canted front, diagonal-cross pattern to panels. Steps up each side with ball-finials to newels. Plaster pulpit-back with console brackets to arched head. Gallery on three sides, on fluted iron columns. Curved angles, cornice under long horizontal panels, each side with small square centre panel. Centre front has clock. Lobbies under gallery ends with internal window, coloured and etched glass. C20 ceiling cladding.

A substantial earlier C19 chapel with long-wall facade, historically important as an early foundation in the region.