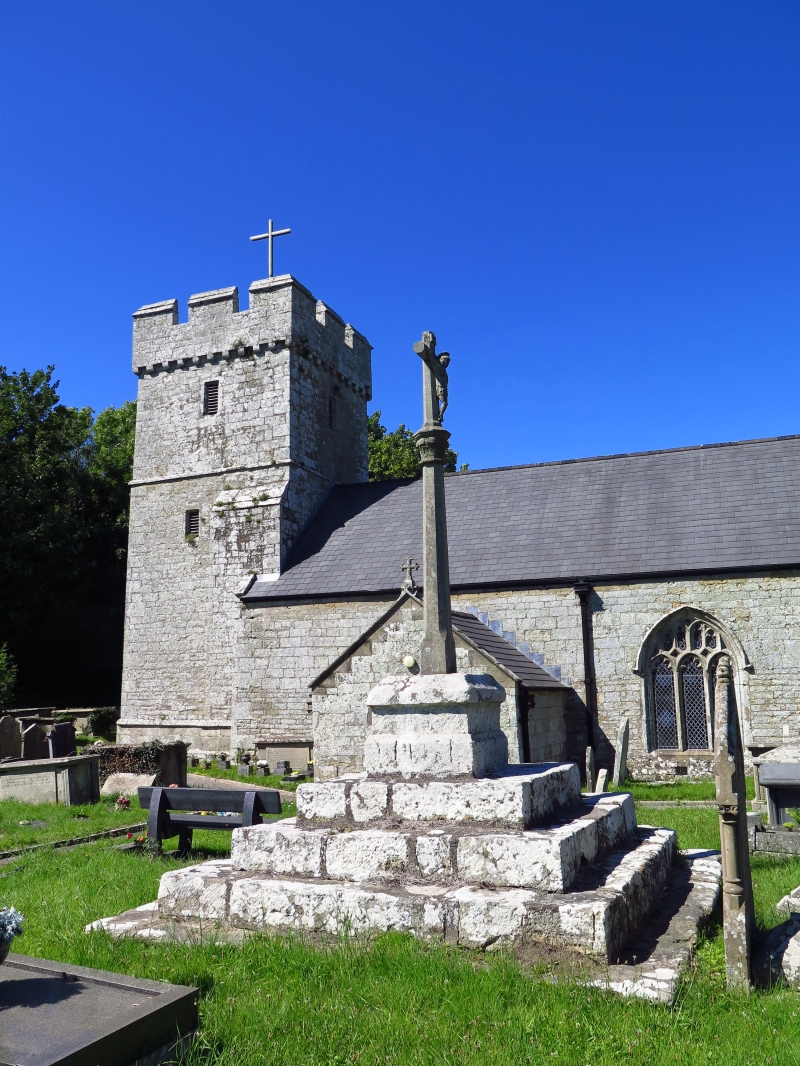 Location: The church of St James is at the N end of the village of Pyle. The churchyard cross is set approximately 9m S of the S porch.

The base is medieval, the head and shaft a restoration of 1925. Probably a preaching cross pre-dating the building of the present church at this spot in 1471.

Limestone. The medieval base of 4 high steps, the lower having a projecting nosing, totalling approximately 3.3m square. The top step carries a square plinth with a hollow chamfered skirt and a chamfered top, on which is mounted a tapered square section shaft, the angles chamfered, rising approximately 3m to a decorated capital. The shaft and crucifix head are a replacement of 1925. Two sections of the original shaft lie by the W side of the porch.

Included as a substantial example of a relatively rare type of monument surviving from the middle ages. Of group value with St James' Church.