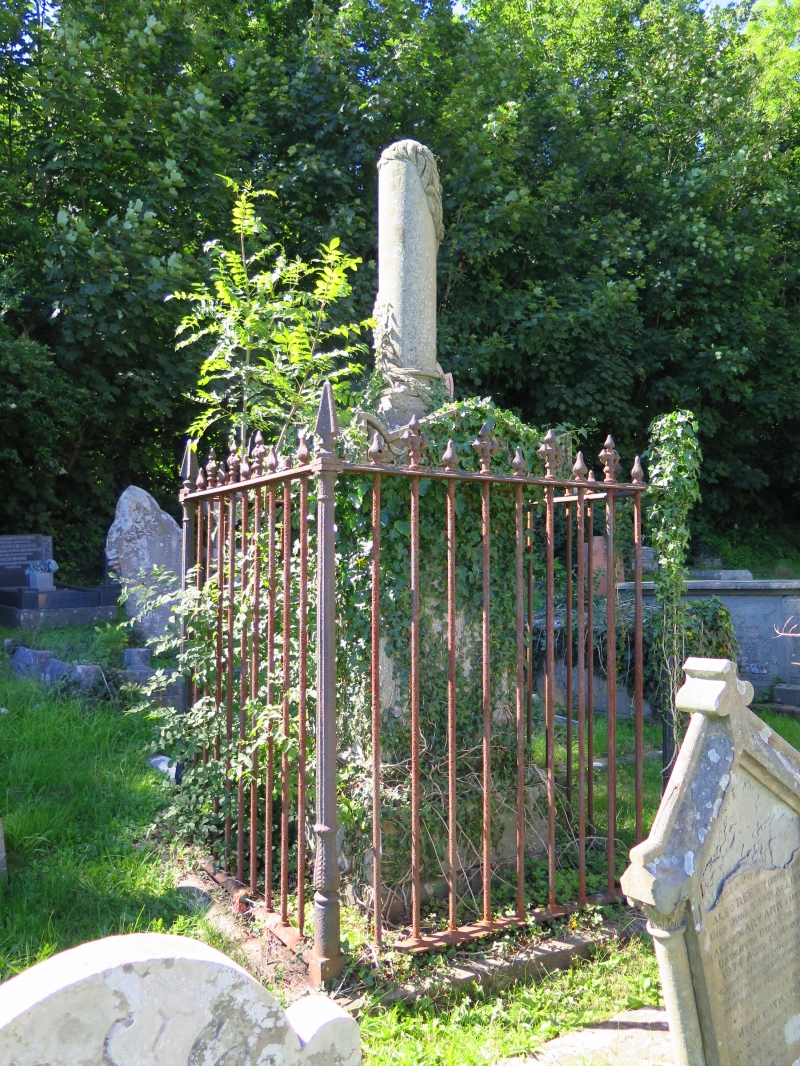 Location: The church of St James lies at the N end of the village of Pyle. The Thomas monument stands in the churchyard, approximately 7m SW of the W tower. The character of the churchyard is notable for its t

Erected c.1860 to members of the Morgan family.

Built of sandstone with surrounding railings of cast iron. Tapered die on a moulded base. a prominent gabled capstone over an egg and dart moulding on each face, the gables having a wreath and ribbons extending to the corner acroteria. Above, a broken column with an encircling garland. The die is inscribed on each face between downturned torches, to Evan Morgan, d.1859, Catherine Morgan, d. 1854, and Phyllis Thomas, d.1898. John Thomas of Pencoed (Pant ruthin fawr) d.1894, added.

The monument is surrounded closely by tall railings, the corner stanchions fluted, and with pointed terminals.

Included as a handsome and intact mid C19 churchyard monument, set close to, and of group value with the Grade I St James' Church..