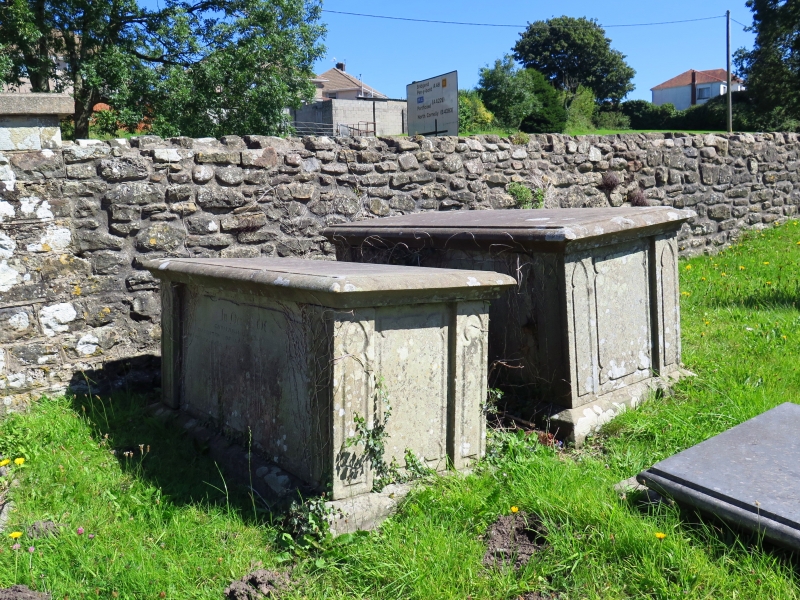 Location: The two tombs are set in a row immediately within the entrance gate and on the S side of the path to the S porch. The character of the churchyard is notable for its tombs.

Churchyard monuments of the early to mid C19.

Two chest tombs set side by side, both of sandstone, from the N:-

(a) Chest with a fielded slab each side between panelled pilasters, and a moulded ledger slab, inscribed to Catherine Ellen Morfa-bach, d. 1868 aged 8, and Lewis Jones, added, d. 1875.

(b) Chest tomb, similar to last but in Gothic style, the end pilasters shaped with a cusped panels, to Evan and Mary Jones, d.1833, aged 9 days. Mary Jones added.

Included as two fine churchyard monuments in contrasting styles, of group value with the Grade I St James' Church.