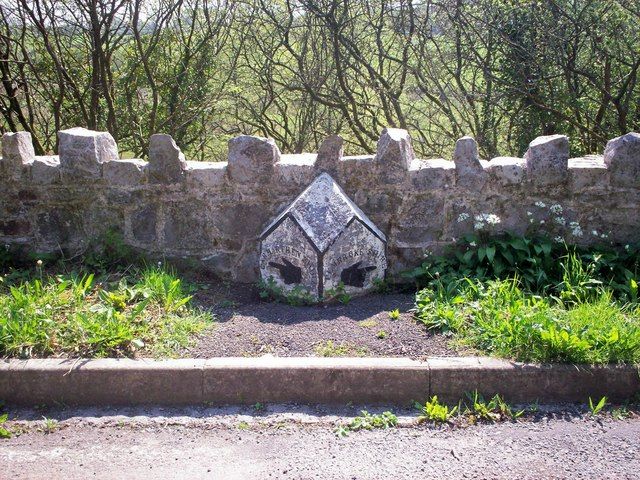 Location: Situated at Castle Ely Bridge on the SE side of the former A477 (now by-passed to N), approximately 1km E of Llanteg.

Included as a well-lettered county boundary stone of the early C19.