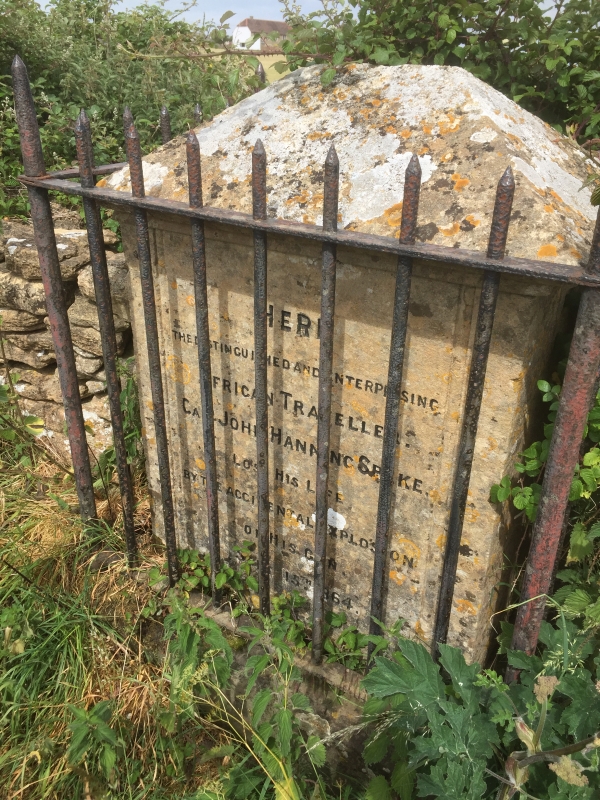 Monument, 1865, ashlar with pyramid cap and iron railings closely
surrounding. Inscribed 'Here the distinguished and enterprising
African Traveller Captain John Hanning Speke lost his life by the
accidental explosion of his gun September 15th 1864'. J. H. Speke
discovered the source of the Nile in 1858, confirmed in his
subsequent expedition of 1860-3, but the discoveries were
challenged by Sir R.Burton, and the two were to have publicly
debated the issue at the meeting of the British Association in
Bath, 16th September 1864.