A Grade I Listed Building in Bishopstone, Swindon 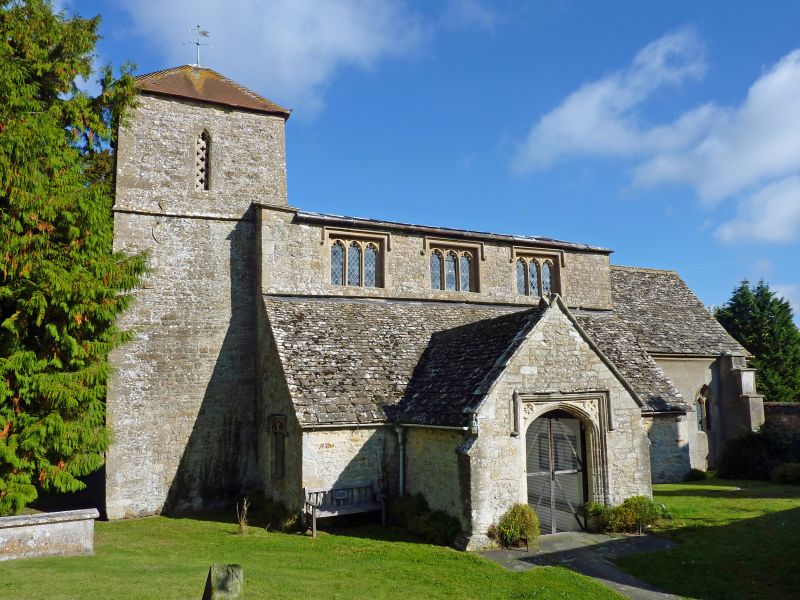 INTERIOR: Two-bay round arched arcade with circa 1170s scallop caps and responds
to south (squat earlier looking piers). North arcade C13. Interesting Norman
font: tub on stem, upper band of triangular-headed arcading, then a band of
saltire crosses, next a band of pre-Urnes-type interlace and a scroll pattern
with an animal; band of cable work; lower band of compass-scratched intersecting
circles. Roof: moulded ties with braces from corbels and moulded king posts,
panelled. Victorian box pews. 1637 pulpit and reading desk. Chancel: pointed
circa 1200 chancel arch with stiff leaf-type crocket nook shafts and chamfered
arches. Two-light and quatrefoil chancel windows have rere-arches (but not
in sanctuary). Three-light reticulated (probably C19 restoration) east window.
Memorial to Elizabeth Kete (died 1630), bracketed columns flanking tablet and
supporting entablature.
Small graveyard contains a number of C18 and C19 headstones and tomb chests.
There is a good mid-C18 example in the north-west angle of the church with scroll
brackets in rebates, panels with carved drapery and oval panels with angels
in the corners.