A Grade I Listed Building in Castle Eaton, Swindon 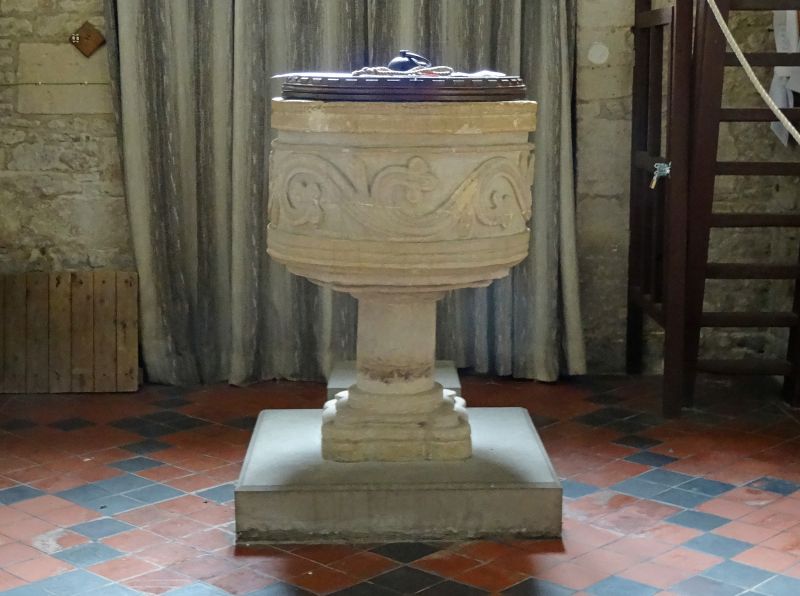 INTERIOR: north arcade removed and replaced by timber posts, wall painting of
Virgin on east chamfered respond. Good Jacobean pulpit incorporating part of
a C15 screen. A number of memorials in tower chamber, the best to Walter Parker, died 1664 - a swagged oval with two putti supporting arms. Numerous C18 and C19 tombstones in graveyard to south, several with carved angel heads, two chest tombs of early C19 and one moulded unscrolled top of a bale tomb (to south of the church).