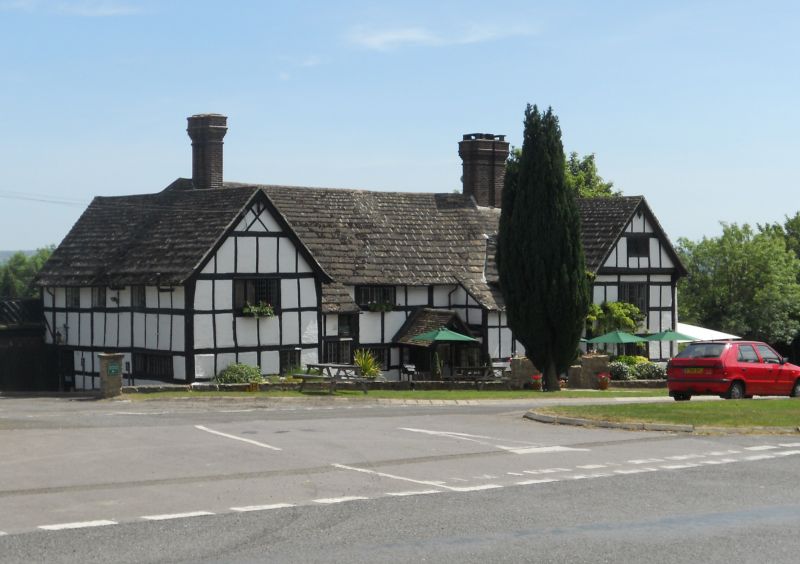 2.
Timber-framed building with painted brick infilling. Consists of a centre portion and
2 wings projecting west with smaller wings attached to them on the inside. Of this,
the centre and north east wing are original, 1500 circa. The north west wing was added
in the later C16, and the smaller wings later still, when the building was converted
into 2 dwellings. Two storeys. Four windows. Three gables with renewed bargeboards
but original pendants, the southern gable oversailing on brackets. Horsham slab
roof. Casement windows with small square panes. Two windows in north wall with
diamond-shaped panes. East wall tile-hung.