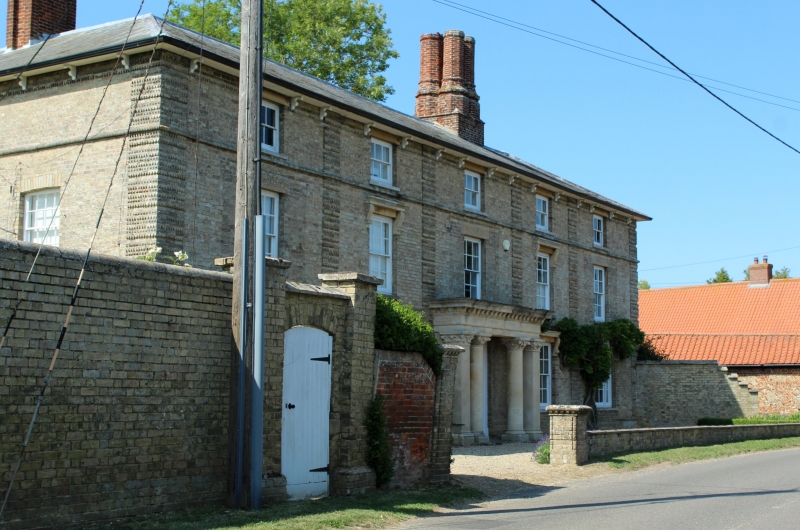 2.
A Cl6-C17 timber-framed house built on an L shaped plan with wings extending
north-west and north-east. The south-east front was refronted in the
C19 in gault brick, with ornamental pilasters between the window ranges
and at the ends. 5 window range, double-hung sashes with glazing bars,
in plain reveals. The 1st and 2nd storey windows on either side of the
central porch have cornices on console brackets and the outer windows
on the ground storey are 3-light. There is a stone central portico with
pilasters, plain columns in antis, ornamented capitals and a modillion
cornice. Roof slate, hipped, with a central chimney stack with 4 grouped
octagonal shafts with moulded bases and caps on a square base. At the
rear the house is 2 storeys and attics, with a gable at the north-east
end. The timber-framing is exposed and several original blocked window
openings are revealed. The windows are mainly double-hung sashes with
glazing bars. Roofs tiled, with 2 square chimney stacks with sunk panels
On the north-west wing and with 4 octagonal shafts with moulded caps and
bases on the north-east wing.