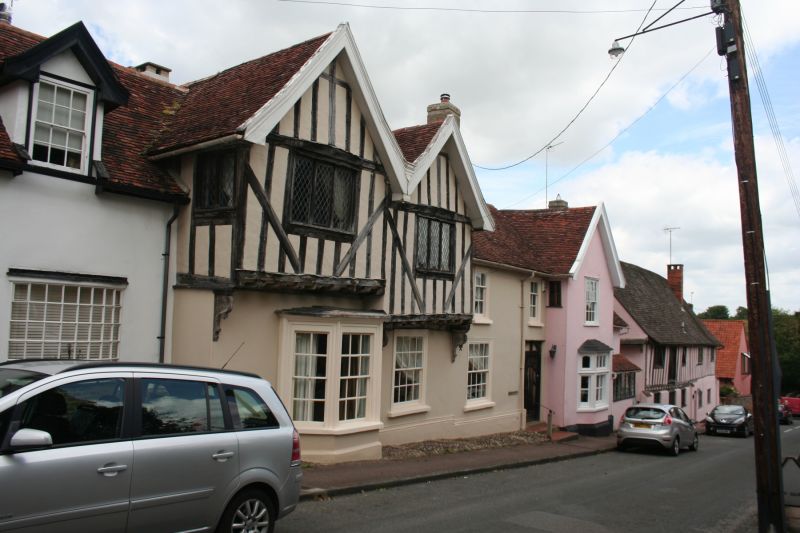 1. LAVENHAM PRENTICE STREET
5377
(north side)
Nos 23 and 24
(Woolstaplers)
TL 9149 50/627 23.1.58
II* GV
2.
An early C15 (or possibly C14) timber-framed and plastered buiiding with
a tiled roof. Originally one of the smaller Wool Halls of Lavenham and
although considerably altered it remains an important building. There
are cross wings at the east and west ends and a second gabled wing built
on to the west side of the west wing at a slightly higher level. There
are later additions on the east and west ends. Two storeys. The 2 gabled
west wings have jettied upper storeys on exposed joists and fine C17
carved brackets, with exposed timber-framing. The ground. storey on the
east cross wing is underbuilt, with a small splayed bay. The windows
are mainly double-hung sashes with glazing bars, but the jettied west
wings have casements with lattice leaded lights. The interior has a
crown post roof to the central hall and moulded beams.