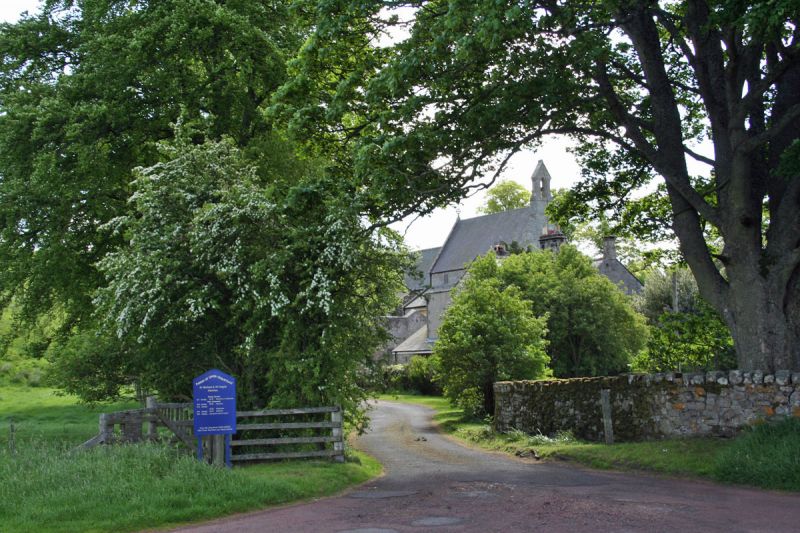 Transept has cross-shaped carving in gable, dated TSA 1672 for Thomas and Ann
Selby.

10 steps up to chancel which has crypt below, now vault of Clennel family.

Plain round font on thick round stem with moulded base, probably C12 or C13.
Two table tombs in north aisle both with finely inscribed marble tops. One is of
1701/2 to Thomas Clennel. The other of 1745 has moulded side panels with
excellent angel and memento mori. South aisle: Percival Clennel, 1796 by
Jobling of Gateshead.