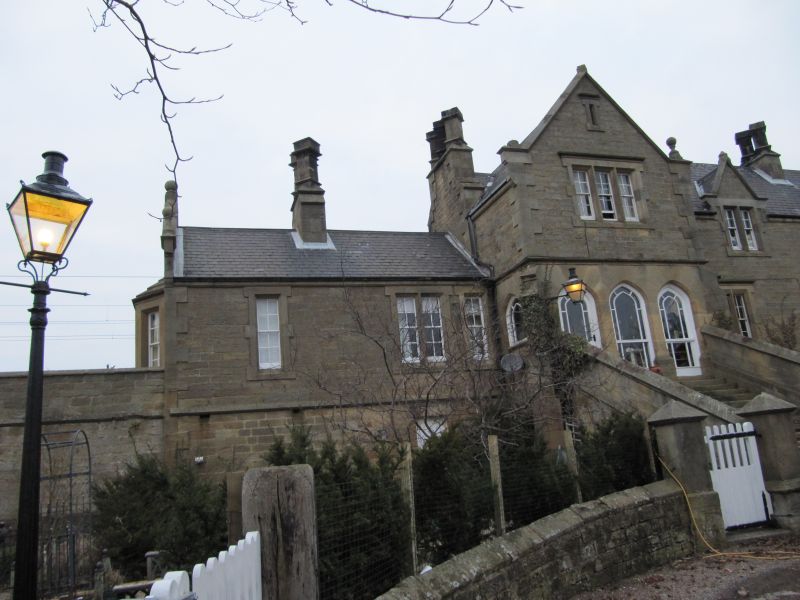 Interior: Platform canopies have arcades of timber posts with wavy braces to
axial and transverse members. Several contemporary fireplaces. The room with
the canted bay in the single-storey south wing is said to have been the Duke
of Northumberland's private waiting room.