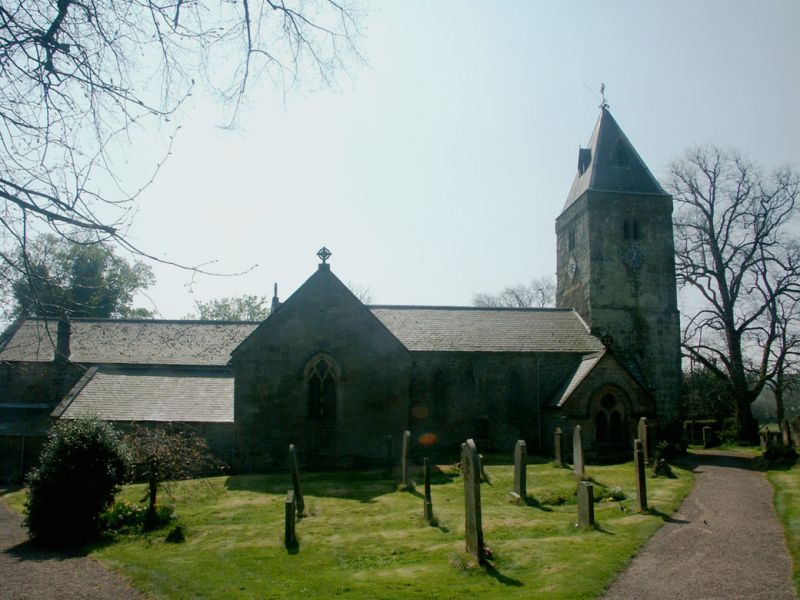 Interior plastered except for east wall of nave. Chamfered round chancel arch
on chamfered imposts is probably a C17 re-use of older material. C19 arches
elsewhere. Nave, chapel and transept have collar-beam roofs on moulded
corbels; chancel has early C20 boarded barrel ceiling with moulded wall plate
on carved corbels. Inside tower, rebated arched cupboard on 1st floor.
Blocked lancet on east may be early C13 west window of nave prior to addition
of tower.