A Grade II Listed Building in Adderstone with Lucker, Northumberland 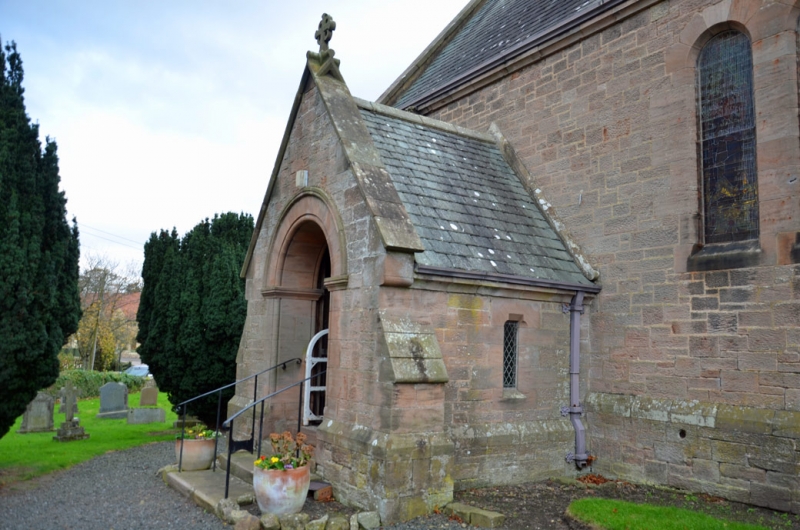 Interior: West window and chancel windows are shafted, with cushion capitals
and roll-moulded arches. Tall, round chancel arch has 2 orders of columns and
multi-moulded arch with nailhead in the soffit. Open timber roof with arched
braces. Elaborate Jacobean-style pulpit of 1904 by C. Errington; also good
choirstalls and reredos of c.1900.