A Grade I Listed Building in Bewick, Northumberland 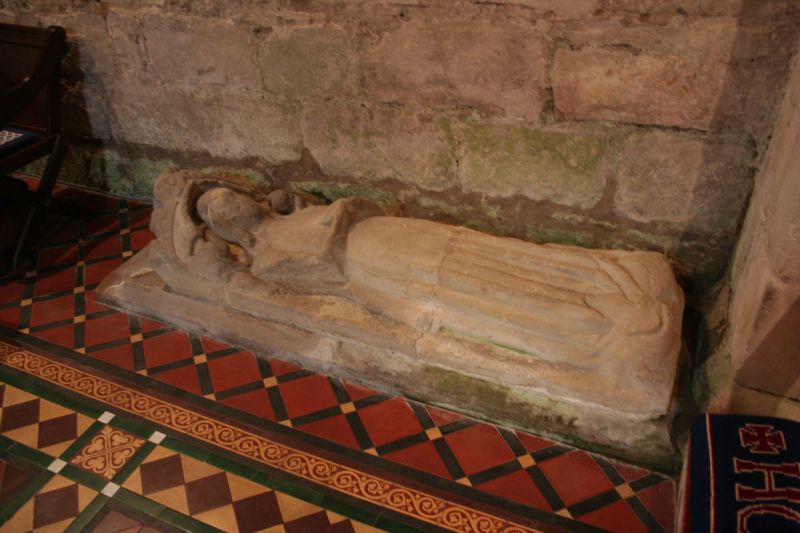 Interior: chancel arch has semi-circular responds with different capitals: north
side has cable-moulded echinus, 2 beast heads and leaf fonts, South side is
halfway between block and scalloped shape. Abaci on both sides have saltire
crosses. Arch has roll mould, hollow chamfer and outer billet moulding. Apse
arch has plain responds with saltire crosses an blocks and billet moulding. C14
sandstone effigy of lady in chancel. Several grave slabs built into south porch
and one, with foliated cross, in nave.