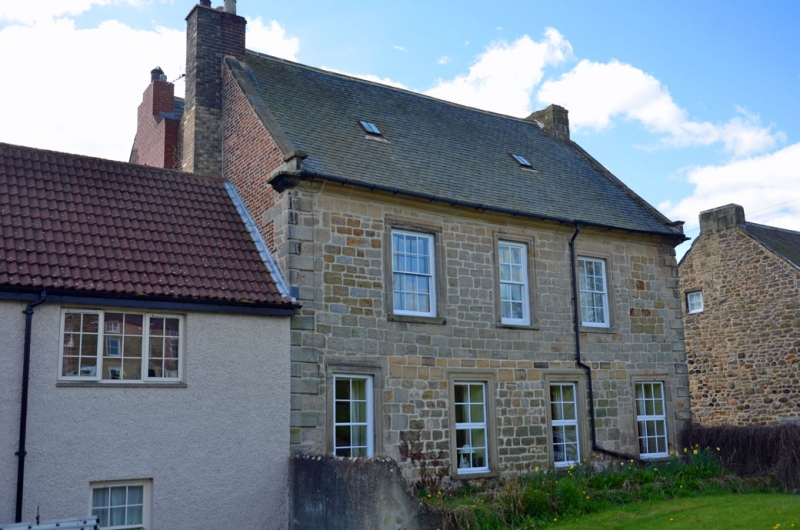 The stair ends in a fine wreath in the present basement which was originally
the ground floor until the ground level was raised to provide cellars in front
of house, probably late C18 or early C19. The original front was of 5 bays,
with a porch of round arches and triple keystones still partly embedded in
present cellars; 2 large piers flanking the entrance are also visible.