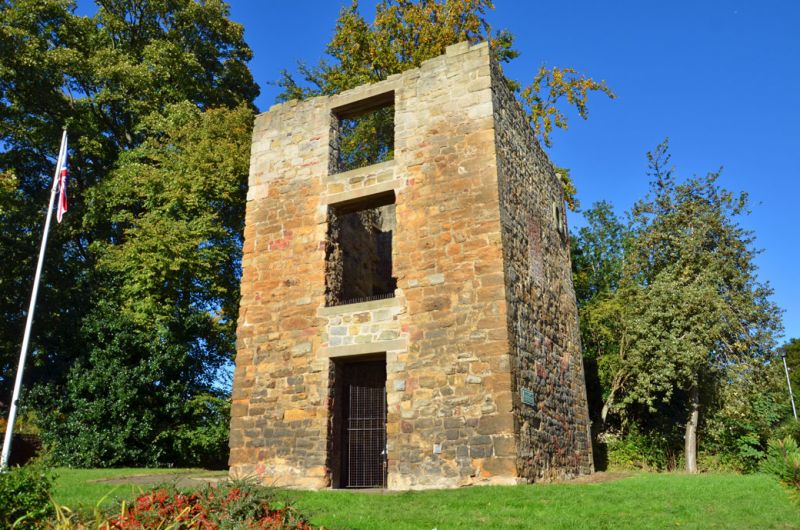 On south side 3 large openings with C20 lintels.

On west side a blocked C16 door with chamfered surround; also a roof groove and
holes for roof timbers of former adjoining wing. One chamfered jamb of the
doorway into this wing also survives with harr post and drawbar slot. Blocked
door on 1st floor has part of early-medieval grave cover with Celtic cross,
used as jamb stone. Two C16 windows with chamfered surrounds. Roof groove
of former attached wing.

A controlled ruin at time of survey.