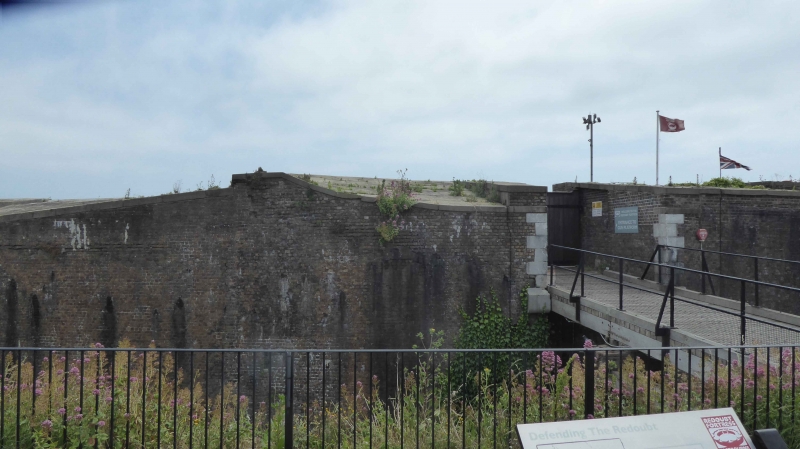 2.
Built in 1806 as part of the same series of defences as the Martello Tower. This is rather a curiosity. It consists of 2 concentric circular brick walls with a dry moat between them. The inner wall is crenallated with a raised platform behind it, beneath which is a series of arches or recesses that houses stores and men as a magazine and barracks combined. In the centre is a circular grassed open space. During the 1939/45 war this fort was again used for defence purposes and some of the openings in the inner wall were strengthened by the construction of pill boxes and look outs.