A Grade I Listed Building in Ditchling, East Sussex 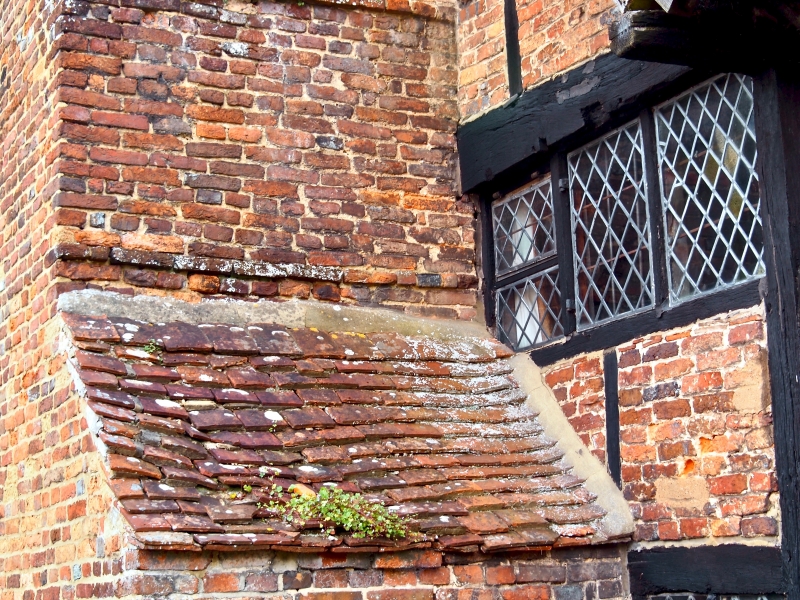 GV
2.
Never occupied by Anne of Cleves, but Ditchling Garden Manor was one of the
many manors in the district given to her by Henry VIII (See also Court Gardens,
Common Lane, Ditchling (qv)). L-shaped late C16 timber-framed building with
plaster infilling, the ground floor partly close-studded and partly rebuilt
in red brick. Tiled roof. Casement windows. Two storeys and attic. Four
windows. The west end of the front has its first floor oversailing on a moulded
bressummer and brackets, above which is a gable with ornamental timbering,
carved bargeboards and pendant, and a cove beneath the gable. Bay window of
2 tiers of 5 lights on ground floor with wooden mullions and transoms. Similar
oriel window on first floor with cove beneath it. Similar attic window of
4 lights in gable. The north wing has stone quoins, gable end with stone coping
and finials above the angles, also 4-centred brick doorway with dripstone over
and door of elaborate Gothic pattern. Its east wall has a brick chimney breast
with offsets on its north side and a pentice on its south side, a panel of
ornamental timbering on the first floor and outside steps leading up to a pointed
lunette window on the first floor. C18 stone urn in the forecourt. C16 fireplaces,
staircase and wall paintings.