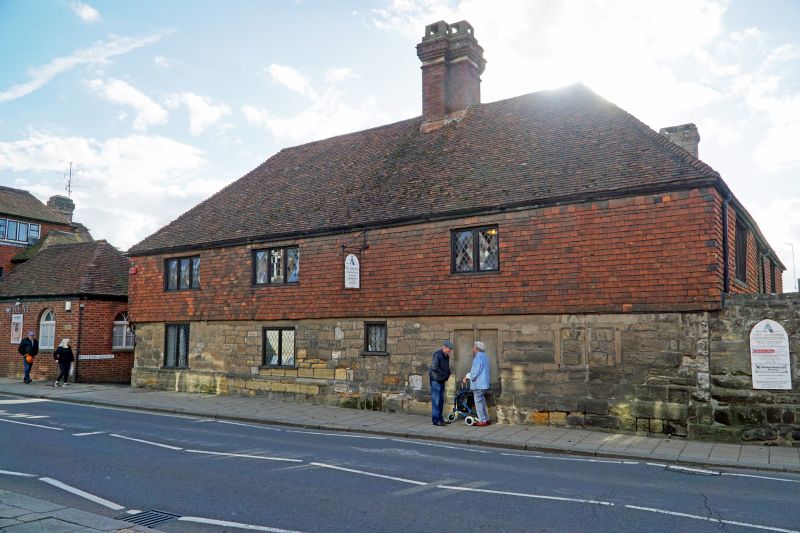 (Formerly listed as No 37, HIGH STREET)

Internally the end jetty in the southern bay survives, but more features of the C16 survive. These include a ground floor eastern room with two late C16 doorcases with moulded bases, one with quatrefoil motifs and one with three leaves in circle western room with roll-moulded cross beams. On the first floor of the southern wall of the western chamber survives a three-pane glazed window having mullions with cyma and ovolo mouldings. Roof of northern range is of side purlin queen post type.