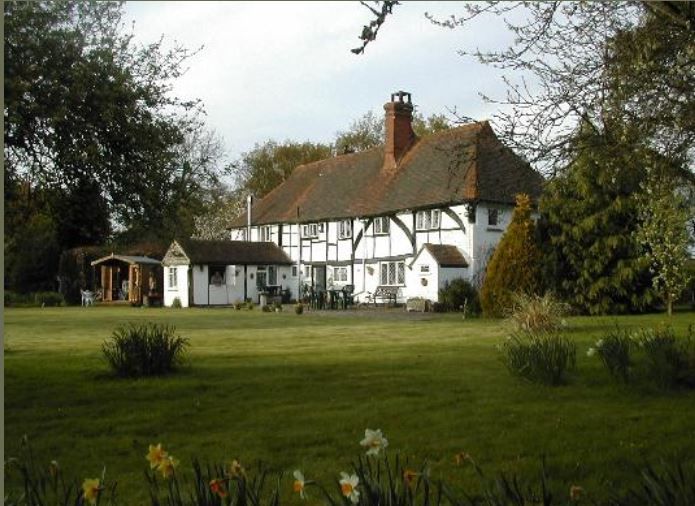 9/3/60
II
Farmhouse, now house. Late C15 with later alterations and extension to right of 1953. Timber-framed with colourwashed brick infill and tension bracing to two bays on left; C19 colourwashed brick to ground floor and to left side wall; extension of 1953 mostly of colourwashed brick but with reused timbers; tipped roof with gablets; early C17 brick ridge stack and C18 brick with oversailing courses.