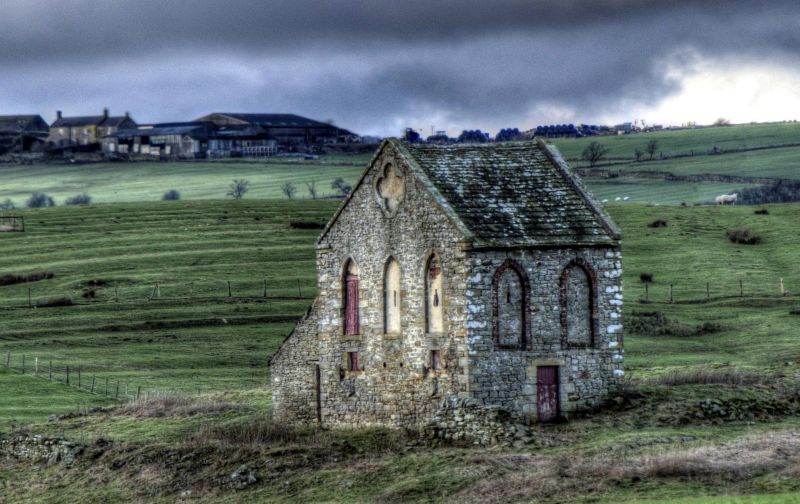 Right return has central byre door with alternating-block surround; and 2
pointed-arched recesses, with brick surrounds, above.

Rear has stone outside stairs to barn.