A Grade I Listed Building in Ovingham, Northumberland 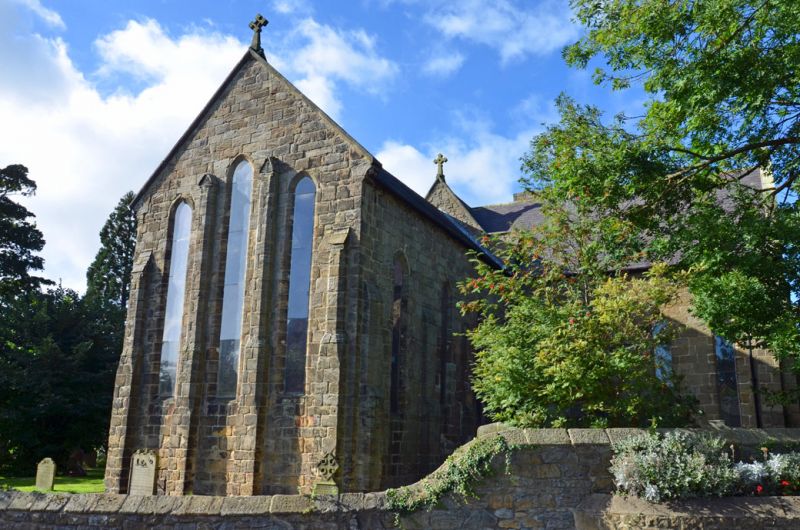 Interior: Arcades have 2 chamfers and hoodmoulds with figured label stops.
Round piers and responds except for 2 octagonal ones at angle of transepts and
aisles. One south capital partly carved with foliage in C14. Other capitals
plainly moulded, those on north side later, probably early C14. Triple shafted
corbel responds to transept aisles, that on north side with nailhead, on south
side with big dogtooth. Chancel arch has semi-octagonal responds and similar
capitals. East windows have roll-moulded surrounds. Trefoiled sedilia with
renewed colonettes and capitals. Round C13 font on 4 colonettes. Finely-carved
C18 black marble monument on sanctuary floor. Painted Royal coat of arms on
west wall. Late Victorian pulpit, screen, lectern and choir stalls. Windows
by Wailes and by Clayton and Bell. 2-panelled door to vestry. Monument to
Thomas Bewick in south porch. Monuments attached to wall outside. Bell family
transept south wall. George Burnett on south transept east wall and William
Blacket on chancel south wall. 9 medieval grave covers leaning against nave
south wall.