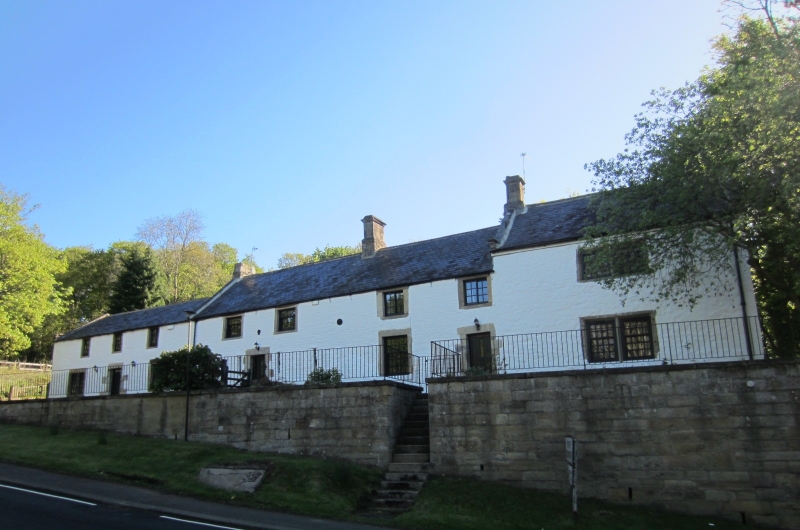 The earlier part of the house maybea bastle remodelled in the late C17
or early C18. At a later date it became the Belsay Castle Inn (licence
held until 1869), and the upper room in the outbuilding served as a
nonconformist chapel, probably Baptist. Outbuilding to far left not of
interest.