The Old Sheepwash and Footbridge 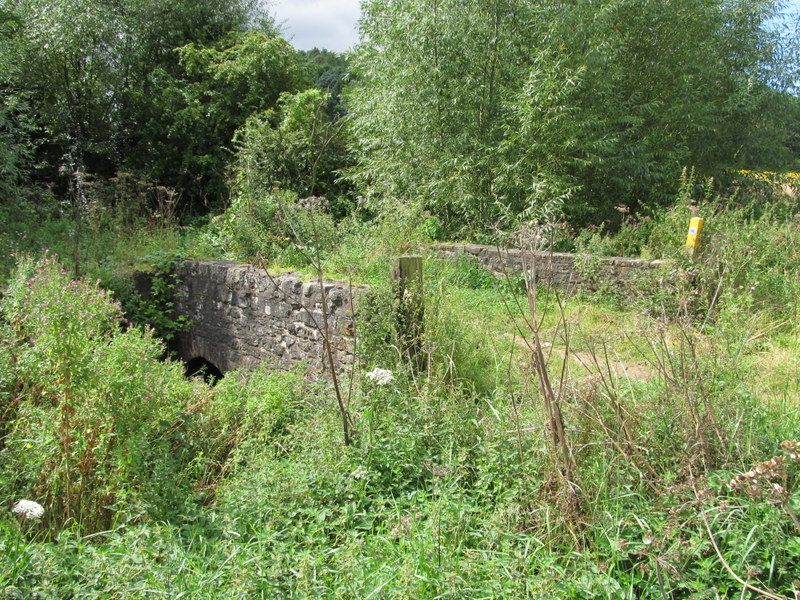 Footbridge and sheepwash. Late C17. Dressed coursed rubble.
Foot bridge with single arch and parapet to each side. The
western arch with groove for shutter. Below the bridge is a
rill, being paved, with a wall extending from the left which
drops down, further extends and curves around. The wall on the
right is lower and is broken by a small flight of stone steps
which run at a sharp angle to the wall. The angle between the
steps and the wall contains a stone trough. At the other side of
the steps the wall continues in a semi-circular curve, there is
then a small straight section with grooves for a shutter and
finally a section where the wall curves around similarly to the
left side. The water drops down steeply just before the flight
of steps. Next to the steps and placed in the centre of the rill
is a large oval stone container.