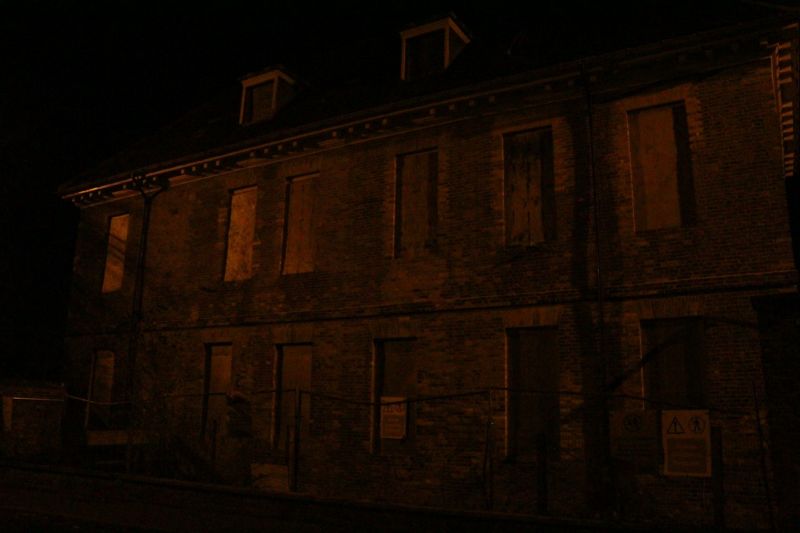 Country house. c.1700. Brick with ashlar dressings. Hipped
plain tile roof. Moulded ashlar plinth, stone and brick first
floor bands, dentillated timber eaves, ridge and 4 gable stacks.
2 storeys plus garrets, H-plan. 11 bays arranged 2/7/2. Windows
are glazing bar sashes with moulded panelled architraves and
sills. Similar windows in wings and at rear have rubbed brick
heads. North front has central 3 bays stepped forward and
flanked by single giant pilasters. Central classical doorcase
has panelled eared architrave and reeded curved brackets to
segmental pediment. To left, 3 sashes and to right, 2 sashes and
a blocked opening. Above, 6 sashes and to right, blocked
opening. Above again, a flat roofed dormer. East wing has to
north a C19 doorway and a casement. Above, single sash and a
blocked opening. West wing has to left a sash and above, a sash
and a blocked opening. East return angle has to left, 2 small
casements and to right a moulded ashlar doorway. West return
angle has, above, 2 blocked openings. East front has to left,
blocked opening and to right, 6 boarded sashes. Above, the same
arrangement. Above again, 2 flat roofed dormers with sashes.
West front has to left 4 boarded sashes, and to right, door with
overlight and beyond, 2 sashes. Above, blocked opening to left
and 6 sashes. Above again, 3 leaded gabled dormers with sashes.
South front has symmetrical projecting bays with eaves bands and
coped gables. Off-centre doorway with panelled architrave,
flanked to left by 5 sashes and to right by blocked opening and a
sash. Above, to left, 5 sashes, and to their right, 2 blocked
openings. Beyond, C19 sash on different level, and beyond again,
a sash. Interior has fine early C18 framed stair with vase and
stem balusters in poor state of repair. Arrangedround square
flagged well.