A Grade I Listed Building in Foremark, Derbyshire 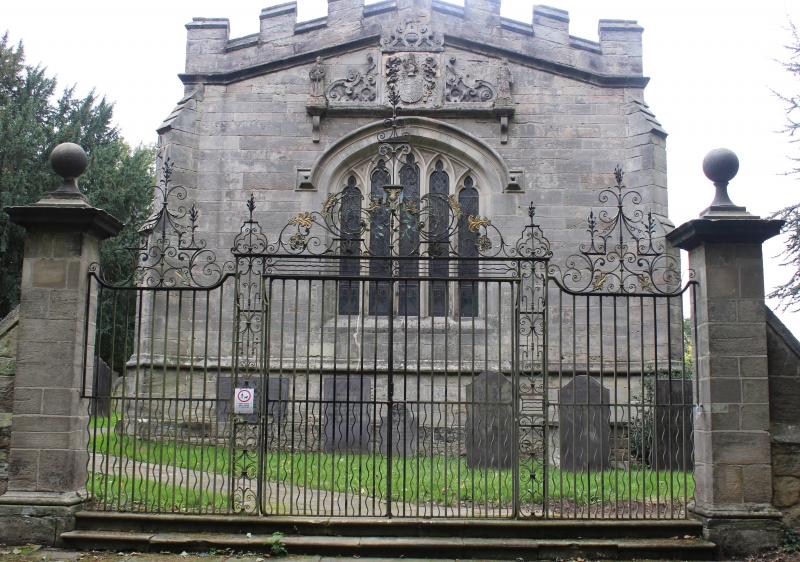 GV
I
Parish church. 1662. Sandstone ashlar, roofs hidden behind battlemented parapets. West tower, nave and chancel. Moulded plinth. C19 brick vestry on the south side of the tower not of special interest.

The nave and chancel have two-bay symmetrical elevations to north and south, each with a central gableted buttress and diagonal buttresses with two set-offs.Two four-centred arched windows of five cusped pointed lights. Hoodmoulds with square stops. The two elevations are similar, but the south elevation also has a four-centred arched priests doorway with plank door. The east elevation has a similar five-light window, and above it; a cartouche with coat of arms and two small figures, set in strapwork decoration.

Monuments: plain C17 tablets on either side of the east window. Also C19 painted biblical texts and the creed.