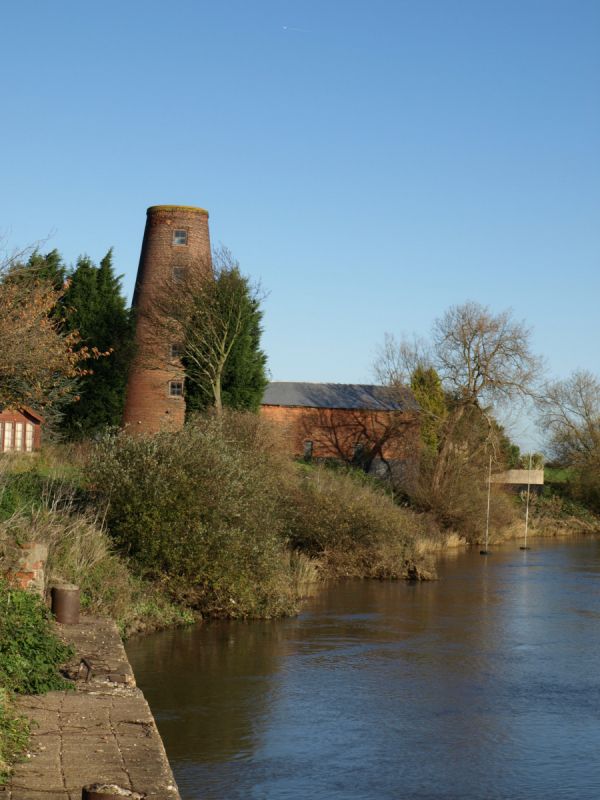 Windmill. Early C19. Brick with flat roof, cogged and rebated
eaves. Round battered tower, 6 stages. Openings have segmental
heads. Windows are iron casements. First stage has double door
to south, and single windows to north, east and west. Upper
stages have each 4 windows. Fifth and sixth stages have single
windows to north and south. Interior has floors and ladders
renewed, 1985. Worked by steam from c.1870. Cap and sails
removed before 1900. Information from owner.