A Grade I Listed Building in Kelham, Nottinghamshire 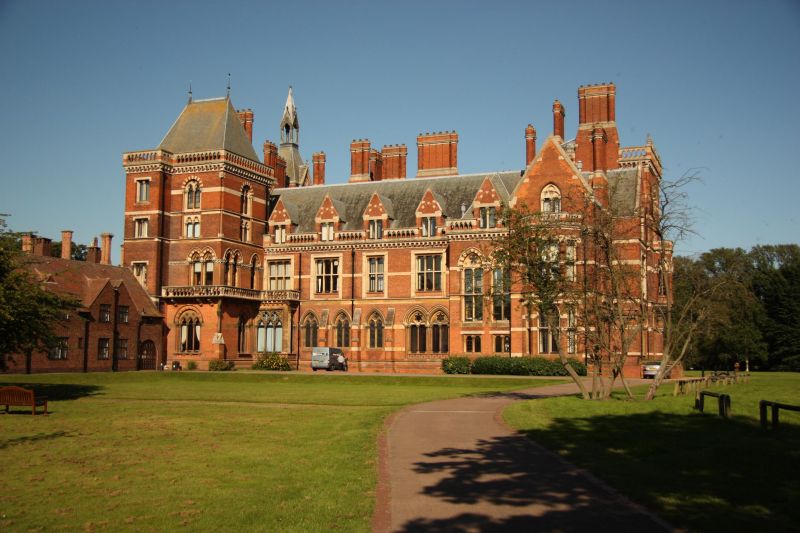 Find accommodation in
Newark upon Trent

East front has five C20 casements and to their right, two C19 metal casements. Above, seven stone and timber mullioned casements. South front has gable ends off-centre and to right. To left, a casement, and to its right, a C20 mullioned and transomed casement. Above, to left, projecting gabled cross-eaves dormer with shouldered coped gable and mullioned casement. Off-centre gable has corbelled external stack with cornices, two scrolled brackets and two blank panels. Gable to right has stepped-head mullioned casement with scrolled strapwork finial above. Intermediate stepped boundary wall has scrolled brackets at changes of level. Inside courtyard, C19 and C20 buildings with mullioned and transomed casements and some chamfered doorways.

Interior has principal rooms and corridors with rib vaults. Other rooms have brick and iron barrel vaults. Carriage court has a 3 bay arcade on each side and vaulted aisles on south, east and west. Paired columns with carved bases and naturalistic capitals and corbels. Roof has heavy diagonal timber ribs with nailhead. To south, main doorway of three orders with shafts, cove and roll moulded round head and blank panel in tympanum. To its right, square headed moulded doorway to business room, and to left, three lancets. Main stairwell, to north, has cantilevered stone staircase with landings and corbelled string carrying twisted iron balusters. Ramped and scrolled brass and timber handrail. Landings to east carried on pierced girders with pierced spandrels. Vaulted panelled timber roof with moulded ribs and foliate boss.