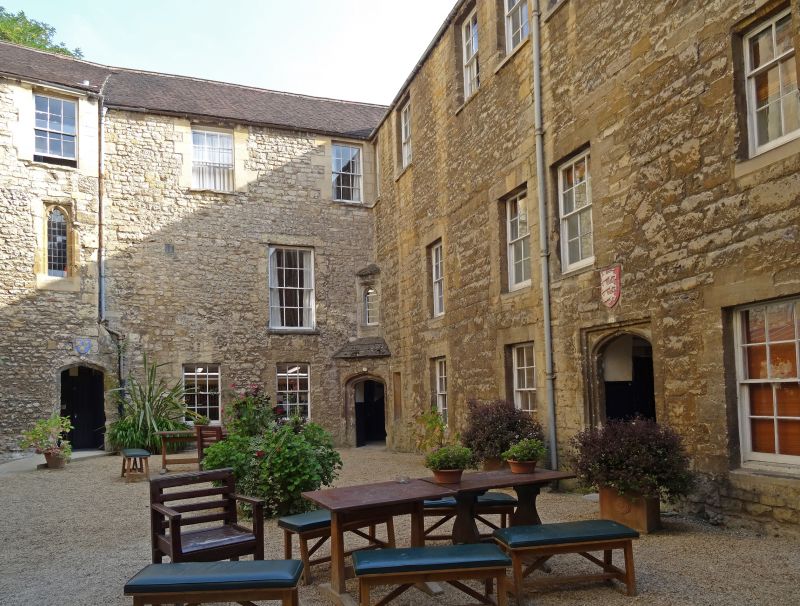 WORCESTER COLLEGE
1.
1485
South Range with
Pump Quadrangle and
Old Kitchen
SP 5006 SE 7/132D 12.1.54.
I
2.
Consists of 4 blocks of camerae containing 6 chambers in all, built in Wheatley
stone at various times in C15 for various Benedictine monasteries; certain
remodelling took place in early C19. On the North front are four shields
of arms (some restored) of the abbeys of Pershore, Glastonbury, Canterbury,
and Malmesbury and a rebus of Compton.
Pump Quadrangle East and South ranges. C15. A top storey added in 1824.
Old Kitchen C15; the windows altered circa 1820 and converted to rooms in
1844.