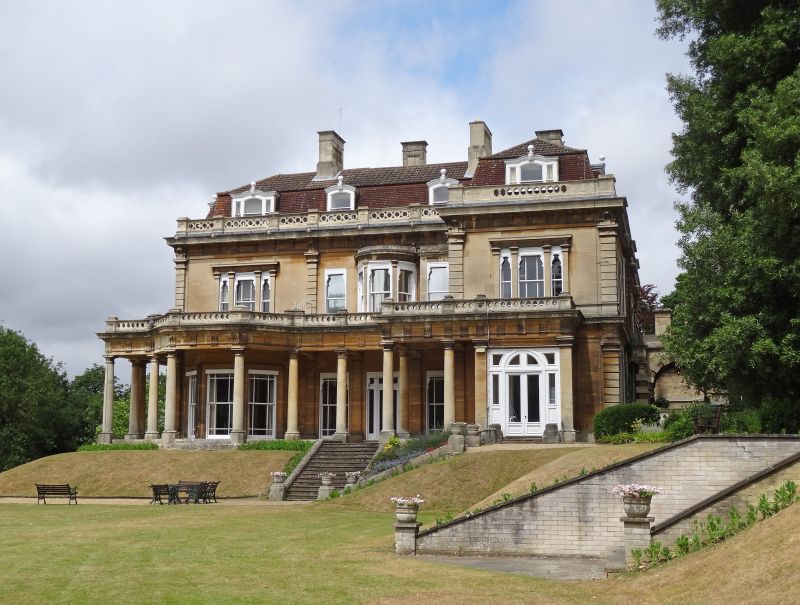 Interior: Large, rectangular, two storey, galleried and top-lit hall with pillars and pilasters supporting depressed arches with keystones and enriched plaster work spandrels. Moulded panelling to ceiling and walls which have round-arched openings and niches. Above arcaded entrance with sidelights, an inset compass; inset clock on left hand wall; opposite entrance, a pilastered statue niche with segmental pediment containing a high relief cartouche with the goddess Diana flanked by dogs with foliage and flora and surmounted by doves.

In compartment to right, an imperial staircase, having gilded balusters with roundels, leading to gallery with similar balustrading. At landing to first flight, newels have candelabra lamps; lighting stair, a late C20 stained glass window by Nehemia Azaz depicting Samson at the Gates of Gaza. Gallery arcaded to stair; arcading continues as niches or entrances to rooms. Coved, coffered celing with rectangular light having scrolled pendants and geometric patterned glazing.

James Morrell was a brewer who played a prominent part in the life of the city of Oxford. The architect, John Thomas, was better known as a sculptor; he supervised the carving at the Palace of Westminster.