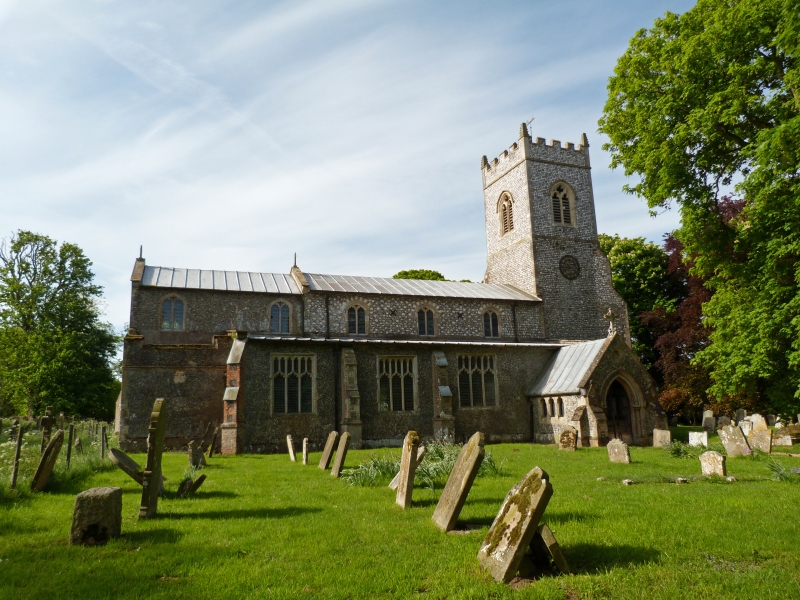 West and north walls of aisles part rendered with flint chips, iron conglomerate in west wall. North and south aisles each with three windows under square heads of three cuspheaded lights and panel tracery, hollow chamfered mullions; brick buttresses. Clerestorey to north and south of large galletted knapped flints, five windows each side of two lights with quatrefoils above, the three to the nave having arches of alternating knapped flints and bricks.