A Grade I Listed Building in Lamport, Northamptonshire 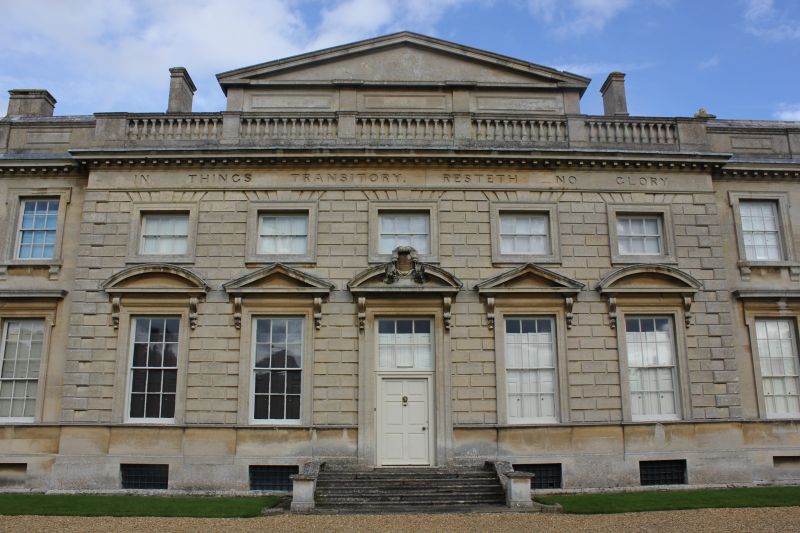 Church of England Parish: Lamport with Faxton All Saints

(Formerly listed as Lamport Hall with gatepiers and gates to SE)

Entrance facade, to left; four-window range to right by Francis Smith c.1732 similar to main facade. Large Tuscan porch to left of this range added by Burn. Five-window range to centre and similar four-window range with half dormers to left also by Burn of 1861 replaced the remains of the C16 house. Sash windows, some with moulded stone surrounds. Short square tower left of centre has open balustraded parapet.

Garden facade: projecting wing to left by William Smith c.1741 has blank arcade at ground and blank windows at first floor of similar fenstration to main front. Centre of facade of two-window range of sashes similar to main front, linked to projecting wing by Tuscan quadrant porch of 1819 by Hakewill. Four and two window ranges to right in Jacobean style by H. Goddard of 1842 have two and three-light stone mullions with transoms. The inner courtyard has been encroached upon by C19 additions.

Interior: entrance hall to entrance facade leads to the vestibule which passes through two storeys having a gallery on two sides with C18 turned balustrade. Doorcase has fluted Corinthian columns. Dining Room to left of entrance to c1861 replaced the great hall. Library to right of entrance c1734 by Francis Smith has marble fireplace and fluted Corinthian pilasters of 1734 and bookcases by Hakewill of 1819. Staircase by the Smiths has two turned balustrades to each tread which have carved ends. Originally double flight the landing balustrade incorporates carved panels from Webb's earlier staircase. Rococo ceiling by J. Woolstone. Armorial glass from Pytchley Old Hall.

Oak Room to right of staircase entered through triple arcade has Jacobean panelling reset from elsewhere in 1907. Music Room centre of main front double height by Webb; retains fireplace and overmantel by Webb and bolection panelling by Henry Jones of c1685. Room decorated by the Smiths in 1738 with plasterowrk by J. Woolstone. Deep clerestory frieze has profiles of busts in oval frames alternating with trophies relating to the Isham family with inscriptions below. Flat coving plaster ceiling has three relief panels with cherubs, mermaids, swans and foliage. Fine wood block floor.

The evolution of this house is well documented in the Isham family records.