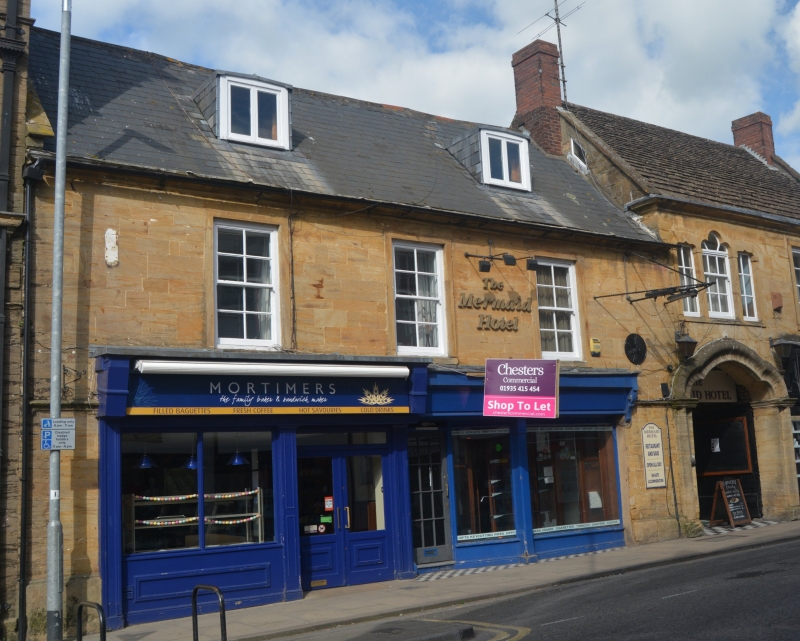 Entry Name: 1A and 1B, High Street

YEOVIL CP
HIGH STREET (North side)
Nos 1A and 1B

The interior not inspected.

This building is in part integral with the Mermaid Hotel, hence its listing. (Note the Cyclists' Touring Union metal badge on the right-hand side, and above it an old wrought iron bracket now carrying a C20 sign).